BBC /JRR – The Guardian in praise of Geoffrey Smith 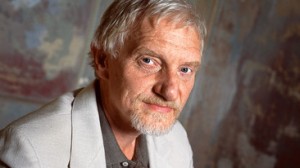 The Guardian has given over its third editorial to a complaint that the highly knowledgeable, ace presenter Geoffrey Smith (above) – who doubles as Country Life’s opera critic – has had to give over his 5pm spot today ….to opera from the Met.

I take the view that the damage was done before…. I was very disappointed when Jazz Line-up was moved permanently from Saturday afternoon to the horrible time of around midnight on a Sunday/Monday.

The full text from the Guardian follows :

“Teatime tonight will be lacking something important for the thousands for whom part of the evening ritual is Jazz Record Requests on Radio 3 at 5pm. Unhappily, in recent months the BBC has been messing JRR about, running it at unsettling times such as 8pm, halving its outings, or even, as today, dropping it to accommodate opera. This has ruined the pattern of a programme that has been running for 45 years. The formula could hardly be simpler. There is a knowledgable presenter: the first was Humphrey Lyttelton, who so often in life seemed indispensable but in this case was not, since Steve Race and the late Peter Clayton kept it going in the same spirit. It is now in the care of the quirky American former jazz drummer Geoffrey Smith. He plays what the listeners ask for, and fortunately the listeners ask for everything from the most obvious Armstrong and Ellington to artists you have barely heard of. He tells you a bit about the group and the context, but he does not blather on. The result is a dependable mixture of artists and music you know and others you might wish to explore. Last week it offered a characteristic mixture of Ellington, Beiderbecke, Oscar and Ella along with names you may have needed to note down. Today, in its place, comes The Valkyrie live from the Met in New York. Wagner fans, who can feel as deprived as any jazz fan, will cheer. But having got the mixture right for so many years, the BBC should bend every sinew to see that JRR stays in its rightful place. “

UPDATE: Alyn Shipton has written to me :

“The continuous jazz programming on Saturdays goes back before Jazz Lineup to Jazz File, and it has continued after it with Jazz Library. There’s been a “jazz zone” as R3 calls it on Saturday afternoons from 4pm for around 10 years. Normally it’s still 2 hours.
Jazz Library is off next week to make room for JRR.