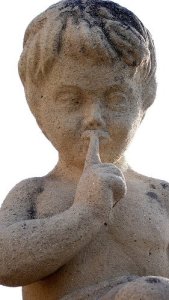 Last night at the Gilad Atzmon – Medical Aid for Palestine gig at the 606 Club, owner Steve Rubie needed several times to adopt a stony countenance (above) to persuade the audience to be quiet, and to give attention and respect to the performers. Rubie had to work and work hard. He felt obliged to apologise. But -eventually – it worked.

The result was that the audience could be treated to some quiet magic ….from Christine Tobin and Barry Green at the beginning of the evening, particularly in Jobim’s Insensatez….. later from Nigel Kennedy in Bach…. and some very delicate percussion stuff from Adriano Adewale with Chico Chagas, , and poet Caroline Bird. (!)

But should a club manager really have to apologise to ask people to listen to the music???