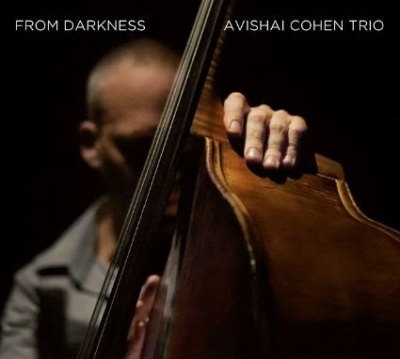 Bassist Avishai Cohen is both prolific and eclectic. His latest album, a trio recording his regular band, pianist Nitai Hershkovits and young drummer Daniel Dor, is jazz infused with rock, classical and Latin influences. Though led by a bassist, it is very much a piano trio. All the tunes are written by Cohen, bar the rendition of Charlie Chaplin’s Smile which closes the CD, it is Hershkovits’ piano which is to the fore.

The opener Beyond features Dor, starting gently enough with Cohen and Hershkovits vamping behind him. One of the shorter pieces, they move swiftly on to the Latin-tinged Abie, in which Dor keeps several different rhythms going whilst Hershkovits plays the theme, the chords getting heavier and darker. The mixture of jazz, Latin and classical tones has an almost klezmer feel at times, but the rhythmic complexities hint at greater depth (and no dancing).

Calling a tune Ballad for an Unborn can’t help but recall another piano trio – est, who recorded their Ballad for the Unborn on 2003’s Seven Days of Falling. Cohen is in very different territory: his piano trio is more wistful and lyrical. This Ballad is a vehicle for Cohen’s bass, with a long solo over some very gentle, subtle brush work from Dor and some quiet, understated piano from Hershkovits.

The title track, From Darkness, also features Cohen, on what sounds like an electric bass. Dor’s drumming is more into Rick territory, with thunderous fills on tom toms as Cohen executes some very fast fretwork in the upper register.

The lovely, almost lullaby-like Almah Sleeping has Cohen bowing his bass over Hershkovits gentle, repetitive piano and Dor’s soft-again brushed drums. There are lots of standout moments on the record, but this tune I think is my favorite.

At just over forty minutes for eleven tracks, it isn’t a long CD, and one that of us who grew up in a vinyl world may appreciate. Several of the tunes are quite short, too, ending before the band have really been able to stretch out; it would interesting to hear whether the trio extend these pieces in a live setting. I’d certainly have been happy for some of the tracks to be longer, to see where they’d have got to.

Avishai Cohen’s New York Division – his trio extended to a sextet – play the Barbican on July 16, 2015.