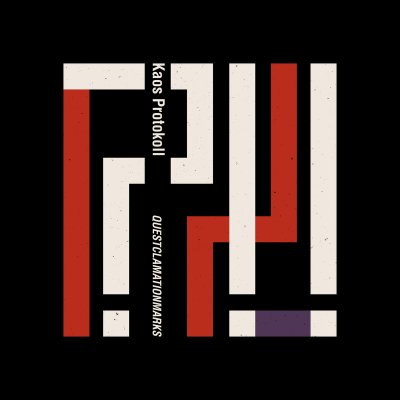 Swiss trio Kaos Protokoll have produced an interesting record of modern jazz influenced by a variety of modern musics. Produced by Django Bates, it displays much of his eclecticism, as well as his whimsy.

That said, it’s not as ground-breaking as their publicity would have one believe. Their use of dance rhythms brings to mind early Polar Bear and Led Bib, a feeling which is emphasised by their saxophone-driven melodies, and, in truth, it is sometimes hard to discern an individual voice among their magpie’s nest of influences. .

They clearly know how to groove, thanks to Benedikt Wieland‘s sometimes slinky bass lines, and Flo Reichle can turn his hands to any number of drum styles, from hard rock through dub and reggae to off kilter jazz. The drums and bass support Marc Stucki‘s forceful saxophone, though I found that the repeated use of effects to add texture to the melodies proved tiresome by the end of the record.