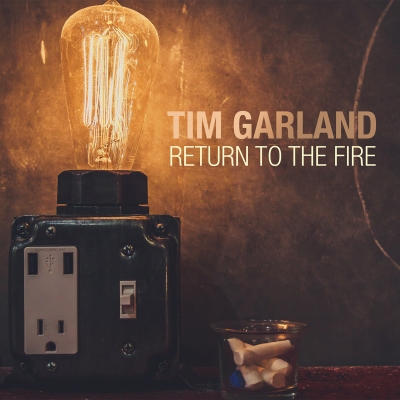 It must be rather gratifying to be described as a genius by no less a figure than Chick Corea, but that’s the burden Ilford-born saxophonist Tim Garland is saddled with. And after a performance of astonishing virtuosity at the 606 Club a couple of weeks back, one is forced to agree with Chick: Garland can stand alongside the very best in the world.

These recordings reunite the band that played on his 1995 album Enter The Fire. And although that wasn’t the first release under his own name, it was a highly significant one for Tim Garland: Corea heard it through a mutual friend and decided there and then that he must have the Englishman in his own band.

Now Tim Garland’s quintet from Enter The Fire – Gerard Presencer on trumpet, Jason Rebello on keys, Mick Hutton and Jeremy Stacey on double bass and drums respectively – has recorded these new tracks. There are four new Garland compositions, plus JJ Johnson’s Lament and McCoy Tyner’s Search For Peace. The result is fresh, cool and invigorating, often evoking classic period Wayne Shorter, particularly on Abiding Love, which opens Side A. This is a bold, swinging, beautifully-crafted piece with a great doubled melody from the horns, and fine soloing from Garland, Presencer and Rebello. It’s full of dynamic variety, and long enough at over nine minutes to create moods both light and shady.

Lament is simply gorgeous, Garland’s playing suggesting the agonized human voice to an uncanny degree, particularly when it soars to the top of its range. Jason Rebello features on the title track, which starts off as an upswing workout that blows the dust off like nobody’s business. Rebello’s comping alone should be compulsory listening for all aspiring jazz pianists.

Side B begins with two slower, strongly melodic tunes: Valse Pour Ravel, featuring Garland on soprano, and Search For Peace, a Kind Of Blue-type ballad clocking in at just under ten minutes. The solos on both tracks are played with considerable feeling, demonstrating that when you’ve got nothing left to prove in terms of technique, it’s about having something to say with every note.

In a slight change of style as well as personnel, the album closes with the muscular, fusion-inflected All Our Summers, Garland on soprano joined by James Maddren on drums , Lawrence Cottle on electric bass and Ant Law on guitar. Tom Farmer also plays double bass somewhere on the album, but it’s not clear where.

Return To The Fire is released on vinyl and download.

Tim Garland is about to embark on a lengthy European tour with Chick Corea and The Vigil, ending with two nights at Ronnie Scott’s on 10th and 11th November.

LINK: Tim Garland interviewed about the genesis of Return to the Fire