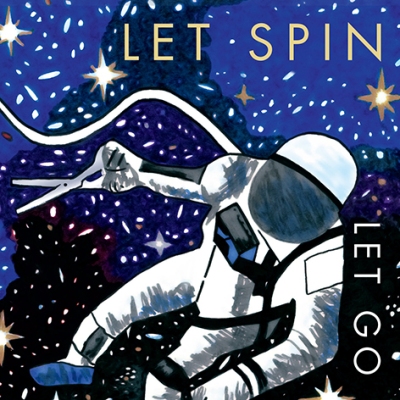 An eponymous debut recording in 2014 unleashed their powerful potential (hardly surprising when the personnel’s backgrounds include Led Bib, Moss Project, Melt Yourself Down and Beats & Pieces Big Band). Excitingly, second album Let Go shines still brighter with a headier fusion of prog jazz and psychedelic rock, shot through with the rampant energy of ska and punk. Indeed, there’s an overriding sense of raw-edged intent and keen individuality here that could be traced back to ’70s and ’80s bands such as National Health, Colosseum and Back Door.

In true collective spirit, compositional credits are shared equally throughout the eight tracks (two apiece), yet it’s an impressively cohesive work – they’re clearly all very much on the same air supply. Plug in, and the effect is both captivating and unpredictable – from the daybreak aurora of Goller’s I Like to Sound Like a Rainforest, which erupts into a bass-babbling, Bowie-like anthem (Williams screeching at the top of his alto register), to the irresistible retro-pop/ska dance groove of Panter’s Disa. This is a band which carefully constructs its arrangements, yet consistently plays its heart out, as in Williams’ thrashing Walt’s Waltz – a raucous, triple-time bop resounding to crashing guitar and fizzing percussion; and the contrasting, weightless guitar atmospherics of Freed’s E.V.A. possesses a patient soundtrack quality as it gradually crescendos through atypical chord progressions into pulsating, full throttle magnificence. Yes, that good!

Eclectic, impassioned and mind-blowing, Let Spin have shifted up a few more gears into the stratosphere – and it’s a blast.