In this piece which we are co-publishing with our friends Jazzaround in Belgium and Citizen Jazz in France, the Belgian writer Jean-Pierre Goffin compares three major festivals in the South of France in July, ‘Jazz à Vienne,’ Nice Jazz Festival’ and ‘Jazz à Juan’ by giving his personal impression of each of them. He writes:

These three festivals celebrate the history of jazz in France with eclectic programmes, and they also reflect the jazz scene of today. 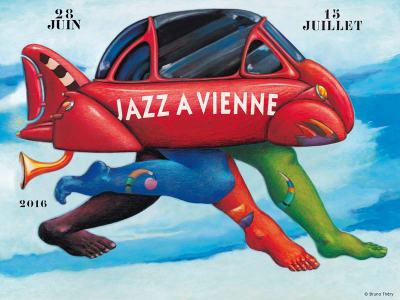 A two or three day break in the Rhone Valley might be just the thing. In this town everyone lives for jazz for two stunning weeks,: caravans, brass bands, exhibitions, films… In Vienne, the Ancient Theatre is the heart of the festival. It dates from the 1st century, and since 1981 has welcomed the internationally-renowned jazz festival, with more than 200,000 spectators every year! It is also the first event in a series of festivals on the Riviera, where the same stars can sometimes be heard. If you plan to spend your holidays in Nice or Juan-les-Pins afterwards, you will have to decide whether you want to hear Diana Krall, Hugh Coltman, Gregory Porter, Buddy Guy in Vienne or in Juan. The same for the Scofield/Mehldau/Guiliana trio, who will be also in Nice, along with Ibrahim Maalouf.

Highlights at the Theatre are John McLaughlin (7th), Randy Weston (4th), Esperanza Spalding (9th), Chick Corea (11th), Cecil McLorin Salvant, who performs on the same evening as Seal (12th), and the phenomenal Kamasi Washington (14th). Kamasi’s stunning concert in Los Angeles is available HERE. The concerts of Beth Hart and Imelda May in Juan in 2014 were explosive, so they should not to be missed in Vienne! (8th). The next day, the deep charm of Yaël Naïm and the stunning vocal and instrumental control of Esperanza Spalding are just some of the highlights.

Armstrong, Django, Grappelli and Claude Luter were on the line-up of the Festival in…1948, the first festival ever in the world, even before the United States. Twenty-three years later jazz reappeared in Nice, and from 1974 the well-known ‘Parade du Jazz’ began to spread around the world. Since 1994, the Nice Jazz Festival has featured the best of contemporary jazz – the 2016 line-up confirms the trend: Massive Attack, Robert Plant, James Hunter, Melody Gardot, Abdullah Ibrahim, Steps Ahead, Scofield/Mehldau/Guiliana, Yaron Herman, trumpeter Avishai Cohen and Géraldine Laurent (whose luminous concert at the Jazz in Liege festival was a true mix of tradition and modernity).

There will also be an evening with Michael League’s band, the Texan Snarky Puppy. The Espace Massena and the Theatre de Verdure are the two main venues, not far from the Promenade des Anglais. And don’t forget the old city (le Vieux Nice) with the thrilling “off” scene, not to be missed, of course!

My favourite? It has to be the Snarky Puppy night, which will grow in intensity as it progresses, starting with Becca Stevens’s performance (she took part in the album ‘Family Dinner, Volume Two’), followed by Cory Henry’s ‘Funk Apostles,’ the fantastic organist of ‘Snarky Puppy’ who has just released a new album (‘The Revival,’ a deep and modern homage to gospel music). Then, Snarky Puppy, the main event: if their repertoire is from their recent album ‘Culcha Vulcha,’ things are sure to heat up at the “Théâtre de Verdure” on July 17th. 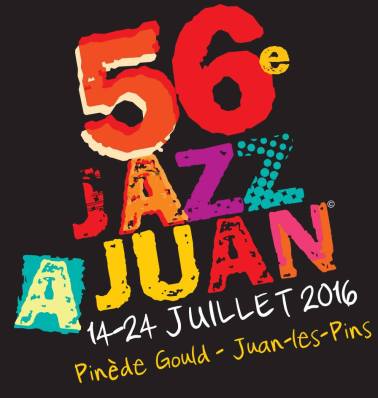 Although Nice is the oldest jazz festival in Europe, possibly even in the world, Juan-les-Pins has been the longest continuously running festival. It has been going since 1960, first in Antibes and then in Juan-les-Pins. The location is remarkable, overlooking the Mediterranean (some musicians have even said that they forgot all about the audience because of the view) whose splashing waves did not even disturb Keith Jarrett! Like in Nice, all the legends of jazz have played in Juan and an opening-out to other styles of music is also increasingly evident. Fans of pure jazz will not want to miss the evening of the 18th, with Archie Shepp, Charles Lloyd and Gregory Porter following one another on the stage of the Pinède Gould. Marcus Miller and Richard Bona share the stage on the 21st; Hugh Coltman and Diana Krall do the same on the 20th. Buddy Guy, Johnny Gallagher, Earth Wind & Fire and Paolo Conte make up the rest of the programme. Everyone will be curious to hear Eddy Mitchell in the role of the crooner with a big band…

My favourite? As a Belgian I will have a moment of national pride seeing Selah Sue between Richard Bona and Marcus Miller, and I have to admit that will definitely leave a memory. And there’s the “Best of off” evening which reveals beautiful surprises each year.

Translation by the author Jean-Pierre Goffin (his original french piece is HERE, and by Naoise Murphy