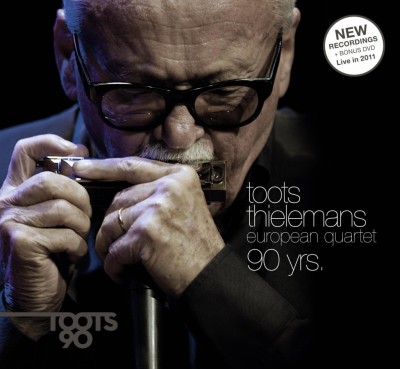 The Belgian harmonica player Jean-Baptiste Frédéric Isidor Thielemans, universally, affectionately known since the 1940’s as Toots, and who last played in public in 2013, died yesterday at the age of 94, as his official website confirms.

He worked with many of the very greats of jazz from Benny Goodman, Charlie Parker, Miles Davis, Oscar Peterson, Dizzy Gillespie, Bill Evans and Pat Metheny. He also played with Stevie Wonder, was on albums by Billy Joel,  Paul Simon and played the theme on the film Midnight Cowboy. He acquired American citizenship in the 1950s, and was made an NEA Jazz Master in 2008. He was very proud to have been made a Baron by King Albert of Belgium in 2001, and to have given a concert for his 90th in the Royal Palace in Laeken. There will be a celebration of his life and music on the Grand’Place in Brussels at 6pm today.