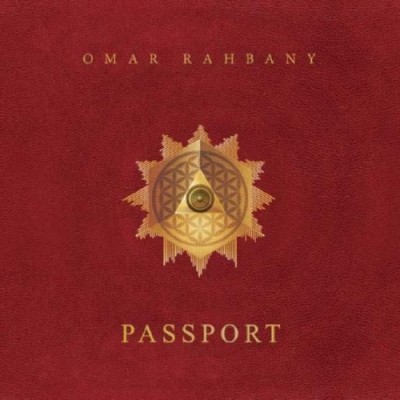 Stamped with kaleidoscopic impressions from around the globe, Lebanese pianist Omar Rahbany‘s Passport is a sumptuous fusion of jazz, orchestral and world music, presented by more than one hundred and eighty collaborators from twelve different nations.

Born into a musical family in Beirut, Rahbany claims a deep interest in the German concept of ‘Gesamtkunstwerk’ (‘a total work of art’) – so his original compositions here are realised on a grand scale, with diverse jazz artists such as trumpeter Cuong Vu, guitarist Wayne Krantz and bassist Steve Rodby rubbing shoulders with the Kiev City Symphonic Orchestra and members of the Lebanese Philharmonic Orchestra; and these fluctuating, sometimes cinematic landscapes are also interwoven with exotic instrumentation from various soloists, as well as the beautiful oriental vocals of Ghada Nehme and others.

Three years in the making, an album possessing such a wealth of performing riches might be perceived as overblown. But Rahbany’s arrangements – with titles and themes open to interpretation – are dynamically and sensitively handled, his overarching aim to transcend boundaries: “I am a citizen of planet Earth and my nationality is that of a human being”.

Bustling, Coplandesque Overture provides an orchestral sense of departure, its reel-like exuberance and restful interludes glinting with harp, clarinet and piccolo against fulsome horns, chattering strings and percussion. Umbrella Woman‘s rain-soaked effects lead to a gorgeously-interpreted melody, the Lebanese vocal inflections of Ghada Nehme, supported by orchestral strings, delivering one of the recording’s most affecting moments (later reprised in many-hued instrumental The Untitled); and accordion-dancing Zook: The Power Station suggests a more continental influence. Throughout, Rahbany shines as a composer, his textural deftness switching to soulful big-band stomp in Programmusik: Babel as it spirals to Andrew Hachem‘s screaming vocal and the distinctive, high melodic tones of the bezok; whilst Tango struts with Czardas-violin flamboyance, again full of finely layered detail and intonation.

A supple male/female chorus is elegantly threaded through Mouwashahat, whose Middle Eastern, jazz-driven festivity is decorated by kanoon, ney and bezok. Anarkia‘s mischievous buoyancy is achieved through glittering Arabic instrumentation and a quirky call-and-response vocal between Loyal El Mir and the lower, theatrical voices of Gilbert Jalkh and Tony Azar; and near-ten-minute Trip to the Moon (essentially the final track) evolves into an unpredictable, instrumental phantasmagoria whose ascent is peppered with piano-grooving, percussively-exciting jazz episodes.

In an increasingly radicalised world beset with inhumanitarian wall-building and drawbridge-pulling, such an artistic statement – a Passport – which overcomes barriers to freely navigate and intertwine differing cultures and genres is positively welcomed. Omar Rahbany’s ambitious ‘total work’ achieves that ideal both colourfully and seamlessly, inviting the listener back again and again. And if you wished to argue the merits of digital download over physical CD or vinyl… turning back the hardback cover of this passport-styled album art, to reveal its illustrative beauty and tactility, might well convince you otherwise.