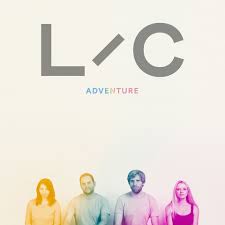 For the last few years, the arena for some of the most interesting new music in the UK has been prog-jazz, and this eagerly-anticipated album from Lydian Collective is one of them. Imagine a hybrid of Zero 7 and Peter Gabriel-era Genesis, then cut out the vocal, and you’re some way towards the band’s sound.

The Lydian mode, with its raised fourth, is popular with film composers like John Williams, and this band’s composers – keyboards man Aaron Wheeler and guitarist Todd Baker – are well aware of the mode’s potential in creating the kind of euphoric mood they’re after.

But that’s not all, because both Wheeler and Baker have previously worked in the area of computer game music. Baker’s most recent work in this field has been the soundtrack to Monument Valley 2; Wheeler, in his alternative guise as Laszlo, has recorded retro electronica in the vein of pioneering bands like the Yellow Magic Orchestra, who in turn were interested in the sounds that came with early arcade games. All of these influences are brought to bear on Adventure, which is not only as good as one would have hoped, but way better.

Down in the engine room, supplying the power to the lofty Wheeler-Baker conceptions, are electric bassist Ida Hollis and, on drums, the ubiquitous Sophie Alloway, both of whom are adept at the kind of precision required for the rhythmic challenges of this music. They achieve an astonishing lightness of touch, and it’s this, I think, that raises the band from the merely progtastic to the truly inspired. Listen to Legend of Lumbar, a tune that’s been around for at least five years. In Laszlo’s original version, it sounded like music to zap aliens by. Now, rendered by humans rather than machines, it sounds much warmer, with a lovely solo from Hollis.

The most Zero 7-like tune is Overnight, with its spacey, bubbling Rhodes, pattering brushwork and U2-ish guitar. And if it’s Genesis you want, listen to the intro to Loops. In the home for retired progsters, Mike Rutherford must be chewing his knuckles.

Adventure is a triumph, which in a more musically literate world would carry Lydian Collective to colossal wealth and global fame. But I very much hope they don’t start playing stadiums. It’s ‘big’ music, of the kind that could appeal to that kind of audience. So catch them now while you can still see them in tiny clubs.