Nigel Price has packed a lot in to his first Swanage Jazz Festival. Peter Bacon reports:

It looked like the 2017 Swanage Jazz Festival was going to be its last… But the doomsayers weren’t counting on one musician’s passion and, some might say, excessive work ethic.

In case you don’t know the backstory, here is how the latest press release sums it up:

“Swanage Jazz Festival has been an established and much loved event on the jazz calendar for the last twenty–eight years. In 2017, the committee announced that due to various personal reasons, it was to disband and that the festival had come to a close.

“Touring jazz musician Nigel Price, unable to stand by and watch another UK jazz festival fold, stepped in. Through a series of innovative fundraising initiatives and sponsorship agreements, he managed to raise enough capital to keep the prospect of a future for the festival alive and has booked an exciting roster of artists to appear in 2018.

“A new interactive website is now live and final preparations for the three-day programme showcasing the best in UK jazz are underway.

“Nigel has been careful to observe sensitivity to the needs of the long established audience and has booked old friends of the festival alongside new and contemporary music, ensuring that this year, there is something for everyone to enjoy – traditional, modern and contemporary with a bit of gypsy jazz and lindy hop thrown in for good measure!

“It now remains for festival-goers, jazz fans and the wider musical community to match Nigel’s tireless enthusiasm to ensure that his efforts are rewarded with a successful sell-out festival.”

Nigel Price said: “I’ve never attempted anything like this before. If I can pull it off it’ll be a triumph and no mistake. I won’t lie, it’s been more work than I ever imagined it would or could be and I’ve had to learn a lot very quickly. I suppose I’ve applied the ‘build it and they will come’ school of thought. Well, I’ve built it…” 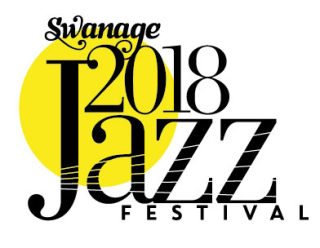 Here is the final line-up for the three days: