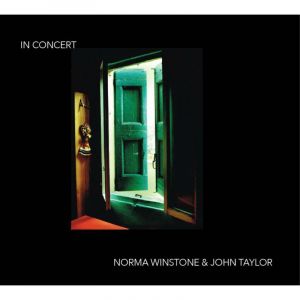 The scene – a hall filled with young jazz musicians, eager to hear two of their tutors in concert: singer Norma Winstone and pianist John Taylor. Superbly recorded in 1988 at London’s Guildhall School of Music and Drama by their tireless technician, Dave Foister, and now remastered, it’s a snapshot of the extraordinary musicality, improvisatory brilliance and lyrical wit of this influential duo.

There are four standards, starting with Bernstein’s Lucky to Be Me from On the Town, in gloriously full-chorded swing. Winstone’s voice is strong and joyful, dropping back into fragile breathiness on “lucky”. The piano solo is full of melodies pulled together by Bill Evans-esque chords.

Brubeck’s In Your Own Sweet Way is remade with subtle swing, blues-heavy piano and unexpectedly darkened chords. Taylor talked about being influenced by Bartok, and there’s a daring, surprising dissonance in the powerful rhythms. Winstone’s voice always sounds completely natural and distinctively hers. Though she sings Margaret Busby’s lyrics with a bittersweet coolness that sometimes hints at singers like June Christy, she goes her own sweet way in an acrobatic solo, playing with phrases from the lyrics.

Taylor wraps the melancholy lyrics of Round Midnight in beautiful chords. It’s not quite colla voce, but feels as if the time’s shifting around her. When they move into Midnight Sun, the piano flows round Johnny Mercer’s rococo lyrics. It develops an uplifting Latin feel; you feel they’ve managed to “run and hide from the blues” especially in Taylor’s truly remarkable solo, a miniature jazz history with glimpses of Debussy and Ravel.

Taylor’s tour de force Coffee Time makes you smile with its humour and vivacious brilliance. He talked to us students about “preparing to be spontaneous”, and as the metric playfulness dissolves into free jazz, with vocal percussion, and even a quote from Sinatra’s Coffee Song, it’s quite mesmerising. (A memory of hearing prepared piano for the first time.)

Norma Winstone is well-known as a lyricist, both witty and romantic. She tells a self-deprecating story onstage: “I heard this tune [by Steve Swallow]and I thought, I’d really like to sing that, so I’ll write some words. Then I realised it was called Ladies In Mercedes, so it wasn’t easy.” This now iconic song fits her ingenious rhymes to the musical phrases, to chart the way envy of the glamorous “ladies” becomes something more complicated “But her feelings undercover/Not for husband, not for lover/But some guy whose fortune’s made is/Living on the brink of Hades.”

Her words to Egberto Gismonti’s Café are as beautifully mysterious as Taylor’s notes scattered between the lines. Every time the piano pauses, as she sings “the time stops”, the spine tingles. Long vocal lines over repeated chords preserve the atmosphere, recalling their group Azimuth with Kenny Wheeler and Ralph Towner. There are two of Towner’s tunes in this recording. In the rhythmic The Glide, Winstone’s rhymes are as nimble as the dancing they describe. Taylor evokes a whole band on the piano, feinting hand to hand. They end with the melodic, nostalgic ballad Celeste; Winstone’s lyrics could be a description of the whole set: “Songs that began in another time/Making their way to my mind… Quietly welcoming everyday miracles…”

Norma Winstone and John Taylor have influenced musicians and been appreciated by audiences all over the world. It’s very good to have this recording available to be valued by generations to come.