A blistering evening’s music comprising two extended compositions by Moore, Alice Moki Jayne and 8 Spring Street, was performed by the Thurston Moore Ensemble and recorded live at a packed Cafe Oto, part of Moore’s New Noise Guitar Explorations project. There was also coincidence with his Moore at 60 celebration which kicked off at the Walker Arts Center in Minneapolis last summer. 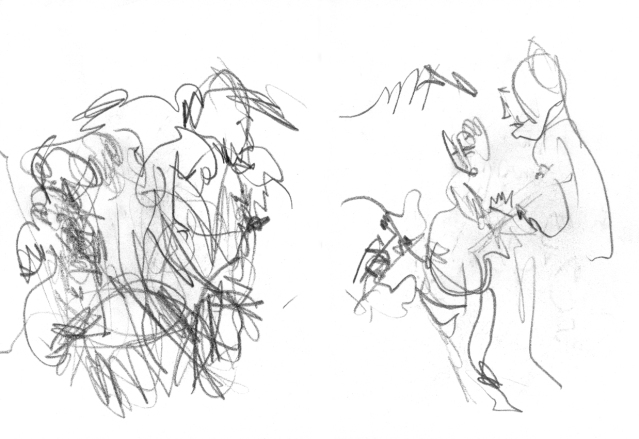 The band included his long-standing percussionist partner from Sonic Youth days, Steve Shelley, who was visibly enjoying the run-out as he locked the band on to the rhythmic rails – a partnership which also gelled with Yoko Ono at her 2014 residency (Reviewed here). Other well-established Moore collaborators made up the electric (and eclectic) strings section: Deb Googe, ex- MBV, on baritone bass, Alex Ward on guitars rather than his oft-played woodwind, guitarist James Sedwards (his first musical accomplice on moving to London seven years ago, Moore mentioned) and fellow, re-located American guitarist (and academic researcher on American women abroad), Jen Chochinov. 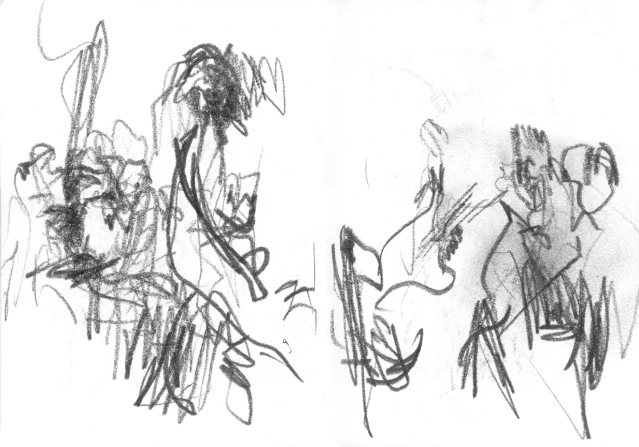 Shelley, with restrained mallets on metal and skins, gently admitted the dense impasto melding of the five guitars. With sprinklings of feedback and brightly constructed, melodic figures, there was a fresh spirit to this demanding piece which Moore, facing the band, as he would do throughout the evening, conducted with a sharp focus to bring out the subtler nuances rounding out the character of the composition. Massive, crunching rumbles blended with slower-motion tensions and the informal back beat of road music groove. False endings were set up, creating momentary uncertainties. Lines through to Hendrix, and Pete Townsend’s thrashing guitars and Keith Moon’s pummelling were close at times. Fifty minutes of well-bonded, tightly expressed statement.

8 Spring Street is Moore’s homage to the radical composer/guitarist, Glenn Branca, with whom Moore had rehearsed and performed in New York. Branca, witnessed at the LCMF (Review), was an abrasive and demanding personality, simultaneously troubled and artistically adventurous, who set up works for massed (like 100!) electric guitars. With guitarists on 6-string instruments, Moore brought a clean, incisive flavour to this work, which would drift from an easy flow built around deceptively simple riffs to a ramped-up, synchronised onslaught, very much in the spirit of Branca’s approach. It was the clarity of expression which made its mark, an objectivity borne out of Moore’s direct experience, and interpreted with intelligence and empathy by his talented ensemble.

The sets were topped and tailed enchantingly with retro DJ sets from Jupiter + Venus.

Looking forward to the the release of the album, Spirit Counsel later in the year which will include Alice Moki Jayne. 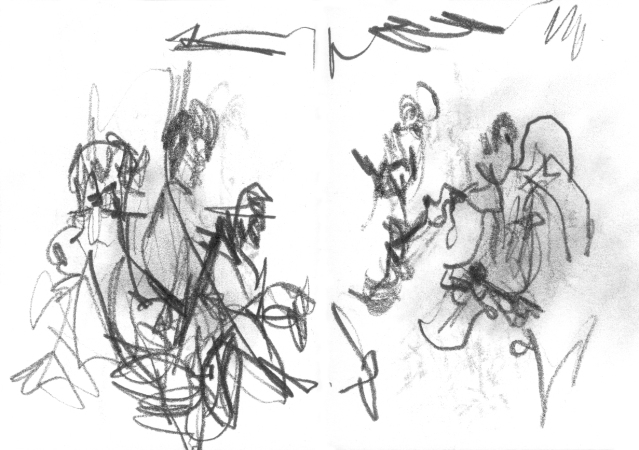