Eyal Lovett – Beyond Good and Evil 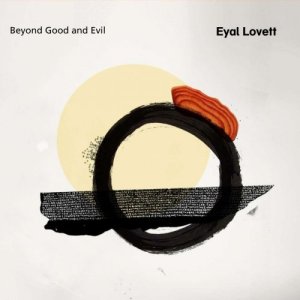 “I didn’t really mean to make this album”, Eyal Lovett declares on the sleeve of his latest release, Beyond Good and Evil.

It’s an intriguing opening gambit that is clarified by the fact that, after recording in the studio over the last few years, the Berlin-based pianist decided to capture his current band’s live shows at Leipzig’s Horns Erben music venue over three nights. 2017 double album, Tales From a Forbidden Land, displayed the absorbing sincerity of Lovett’s approach in a piano trio which also featured guest guitarist Gilad Hekselman. Clearly taking the success of that sound world forward, this quartet again features drummer Aidan Lowe while adding double bassist Gianfranco Coppola and the sparkling mellifluousness of electric guitarist Eran Har Even.

Initially, it’s only the brief inclusions of applause that reveal these to be live performances, such is the quality of Julius Kraft’s recording across the nine numbers – but then the realisation dawns that the interaction demonstrates the magical immediacy that we’ve all experienced at a gig. The sincerity I refer to comes through a focused pianistic style which seems to combine classical romanticism with the gyrating folk melodies and rhythms of Lovett’s native Israel; and throughout the album‘s hour-plus, his ensemble feels like a democratic unit, with interest shared around.

Take Turmoil, for example, whose pensive legato piano and guitar lines appear to be increasingly encouraged by bass and drums into its ultimate, whirling dizziness – or Falafel’s Latinesque piano drive, embellished by Har Even’s attractive, electronically-manipulated sounds – and you begin to grasp the group’s fiery potential. Rapid Attitude, too, is alive with impertinent descending riffs and intricate, clattering percussion; and its inexhaustible guitar improv is a joy.

But, typically from Lovett, there are elegantly smouldering episodes, such as opening Could It Be (Ha’omnam) and the spacial melancholy of February which switches into a cool jazz-bar waltz. His solo excursions, as on the previous album, frequently catch the attention – High Noon’s tender intro leads to a picturesque, piano-led outing, supported by subtle guitar textures and fluttering momentum.

Balance seems uppermost in the leader’s arrangements, elevating his music above mere ‘piano trio and bolted-on guitar’. Udi’s Ode’s progression is a delight, conjuring new ideas and radiating feel-good. Lyrical arco bass introduces softly-malleted bolero, Between Good and Evil, while shadowy, Israeli-inflected Everybody Knows – again with so many glints of creativity – possesses an irresistible, escalating groove.

For a live album which might never have seen light of day (with no second takes or editing of any kind), this is true in-the-moment jazz, and it’s a privilege to become part of the audience. Talking of which… you can catch them playing the final track, Attitude, on YouTube.