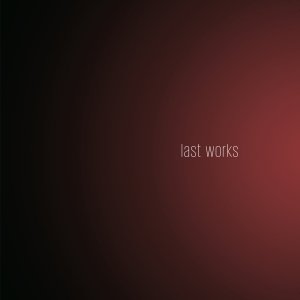 Tom Pierson‘s Last Works CD presents  an overview of 40 years of  his big  band music. A cast of world-class musicians, for the most part New York stalwart sessioners and players from the Broadway show and jazz scenes, imbues the proceedings with great elan and originality.

Veteran NYC saxists “Blue” Lou Marini, Mark Vinci and Munich-based Michael Lutzeier make outstanding solo contributions. The late legendary Lew Soloff (1944-2015), to whom the CD is dedicated) is featured widely, as is lead player Mike Ponella, to great effect. There are excellent trombone solos from Dan Levine, a native San Franciscan who is a fixture on the New York scene in every conceivable facet of what that great city has to offer musically.

In the addition to the leader’s piano, the original and distinctive drums of Pheeroan akLaff link up wonderfully with Japanese-born, California-raised young bassist Kanoa Mendenhall. Pierson’s textual palette is enhanced by the remarkable rhythmic skills of akLaff. He possesses the ability to hold all of the pieces together, several of which are in excess of ten minutes in length.

Pierson’s career began in 1961 when as a classical pianist he appeared as soloist with the Houston Symphony Orchestra at the age of just 13. After studying at the Juilliard School of Music, he relocated to Los Angeles and scored music for films, notably Robert Altman’s Quintet and Woody Allen’s Manhattan. A move back to New York beckoned in the mid-1980s where he started a big band (which I had the pleasure of depping in on a few occasions) playing much of the music that features on Last Works.

Pierson often would  often share his views on his music and current societal ills with his audience. His mantra of “Suicide is not entertainment” was elucidated on every gig , presumably referring  to many of the Hollywood films of the day, which I’m sure brought about his leaving that scene and migrating 3,000 miles eastward in pursuit of  more creative and fulfilling musical directions. Pierson emigrated to Japan in 1991 and has lived there to this day.

Last Works has 13 pieces spread over two CDs. They all vary extensively in colour, mood, feel and rhythmical impetus.

Some highlights for this listener include Abandoned which was composed at the piano. It contains thematic material which was quite challenging for the chosen instruments but not insurmountable in the end. Bravo to their skills and perseverance! Dark Story has a melody that is a bit “rocky” at first but effectively lends itself into the big band genre. Its expansion of the pure triadic harmonies of the melodies into “bitonal diatonia” voicings that inhabit the  interludes and the coda give the piece a refreshing glow. Sultry is a more recent work and Shu Enumoto‘s interpretation of the melody on flute is of such extraordinary delicacy, it palpably inspires the band.

Tom Pierson’s words sum up Last Works effectively. “It’s about sound. The compositions on these CDs span 40 years of my ‘personal search for  beauty’. I hope that these sounds touch something in you.” Indeed!

Frank Griffith is a saxophonist based in Liverpool.