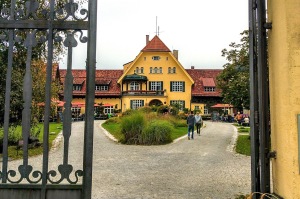 Above all this is a lovely location. And it hosts a lovely festival. And these two go hand in hand because the Sonnenhausen estate – in the mountainous Ebersberg back-country near Glonn and also the Schweisfurth family who are its owners – would have nothing whatsoever to gain from organizing the type of music event that could be replicated anywhere else, in some attempt to burnish their own reputation. No, the objective here is very different: they want to build the profile of Sonnenhausen as a hub and destination for local culture, plus a place where great food is to be had, and also a good time. In other words, the Alpenspektakel makes sure it gives a wide berth to Bavarian mainstream culture based on dressing up in traditional costume (Tracht), while at the same time not wanting to alienate the audience by putting too much emphasis on the avant-garde. This might sound like a complicated balance to strike, but it is a task which a skilful artistic director like Stefanie Boltz handles well. She is aware of the subtleties of what is needed and integrates them into her planning.

In earlier editions of this festival, the food focus at this festival led by these pioneers of organic food sourcing had been on meat. This time it was the turn of bread and butter. There were workshops, special new bread ovens…so when this year’s audience arrived for its pilgrimage to the music, it had already had its culinary appetites satisfied. And there was very diverse musical fare too, ranging from other-worldly experimentation to textures based on folk improvisation, to the excitement of virtuosic hi jinx, plus occasionally something more intellectually meaningful to chew on.

As an example of the latter, the duo RaaDie with trumpeter Lorenz Raab did place demands on the listener. His duo partner, the e-zither player Christoph Dienz laid down the underlying rhythms and moods with his instrument, and also added electronics and loops, whereas Raab took care of the melodic and improvising part of the music, contrasting controlled playing and a sense of repose with extremely fierce intermittent energy surges. 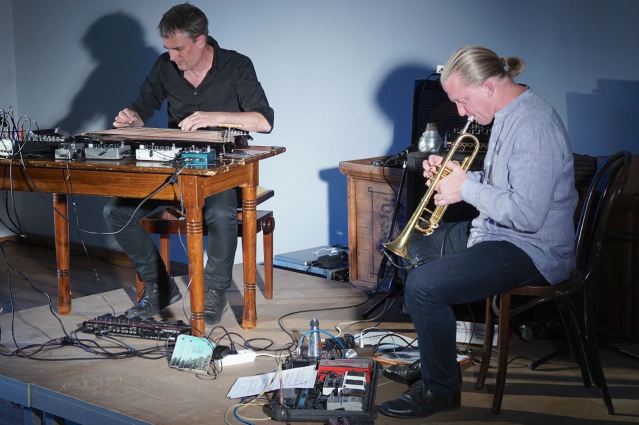 Accordionist Mario Batkovic channels a lot of emotion and plays purely acoustically. In his solo concert, he emphasised the kinship of the accordion to the organ, bringing power and also a wide spectrum of dynamics. He has a stylistic tendency towards layering the sound, which is something that classical minimalism also cultivates, and towards shimmering moods which made one imagine that he could have been providing a soundtrack for some kind of movie going on in his head…

The quartet Buffzack consists of three wind instruments and drums. It clearly has connections to the street tradition of marching brass bands, but it also had deep roots in contemporary improvised jazz, and its Munich-based style also showed a to techno dance beats. Finally, Folksmilch are a virtuoso trio, astounding in both intellectual and instrumental terms. Violinist Klemens Bittmann, accordionist Christian Bakanic and double bassist Eddie Luis fuse different epochs, styles and traditions.

The programme was wide-ranging: Mozart and Austrian folk singer Andreas Gabalier, New Music, Balkan sounds and chamber music, and even a wordless film with Hang player Manu Delago…. This was a sequence of very different impulses which of effectively collided with each other very effectively, and the sheer levels of musical energy carried the audience with them, culminating in a standing ovation on Sunday at lunchtime. There was so much musical joy and entertainment on offer to the agrarian-bohemian audience at this fourth Alpenspektakel, there can be no doubt: the weekend’s objective of turning this country estate into a cultural asset for the region has been accomplished.