Five things not to miss at the 2019 Cambridge Jazz Festival

It is said that in November, you’re never more than one microphone cable’s length from a jazz musician in Cambridge. Between 13 and 24 November, more than 400 of them will infiltrate the city. In cocktail bars, coffee shops and even churches, music oozes out of the brickwork and every year, passers-by get caught up in the whole business – this event hasn’t stopped growing since it began in 2015. Today, the programme is an 80-course feast of improvised music of every kind, with various side orders of films, talks, jams and workshops. There really is something for everyone and it would be easy to pick 50 highlights instead of five. It’s always good to tackle a big menu in small bites, though. Here are some of the tastiest:

There aren’t many outlets for an excitable soul singer in Ipswich. When he gets the chance, then, Ashton Jones likes to give it everything. Anyone wanting to take on the music of James Brown and Stevie Wonder shouldn’t really be giving it anything less. Last week he made it as far as Kansas Smitty’s, for what must have been one of the rowdiest, sweatiest and most exuberant sold-out nights this place has seen. With electrical jump leads attached, this human dynamo could power a medium-sized town. He has an eye-popping vocal range, a hard-grooving band and has just published an album of his own. Some dangerously dance-able original tunes will surely feature in this opening-night extravaganza. [LINK]

Logistics first: this sleek new hotel is 100 yards from Cambridge Station. No arguments, then, about who needs to drive afterwards. It also has an impressive ‘garden room’ all ready for the gig. It’s the kind of environment that encourages a really close and detailed listen to music of great beauty. Georgia Mancio has skill, energy, experience, and her voice is as pure as a melting glacier. That’s a good start, whatever’s on the dinner menu.  [LINK]

Along with the music – ‘From Popeye to The Jungle Book, Willie Wonka, The Wizard of Oz, Aladdin, Dumbo’ – there will be cups of tea for the parents, orange juice and face-painting for the kids. If one thing is missing it’s that uneasy sense of dumbing-down that sometimes seeps into music events for children. The feeling that ‘serious,’ internationally-acclaimed players are somehow wasted on them. Not here. The band will feature trombone-master Dennis Rollins. Why should his thrilling and inspirational playing be reserved for the grownups? [LINK]

For the state of the art:

Seed Ensemble at the Mercury Awards. (Published by the group on Twitter)

Reading descriptions of London’s ongoing ‘nu-jazz explosion’ can be a tiresome business. Perhaps it’s because of that sense of the old jazz needing to be trampled down to make way for it – a dismissal of anything written before 2017 as dusty, elitist and boring. Thankfully, Seed Ensemble is a modern, rather than merely fashionable, project. Those ‘South London Grime-infused beats and West African-tinged melodies’ also hint at reverence for the pioneers of the 1950s and 60s. Bandleader Cassie Kinoshi has written an album called Driftglass that draws influences from all over. It was nominated this year for a Mercury Prize. It has evolved through live performances, shaped by time and politics in the best traditions of jazz. This is a chance to hear where it’s at today. [LINK] 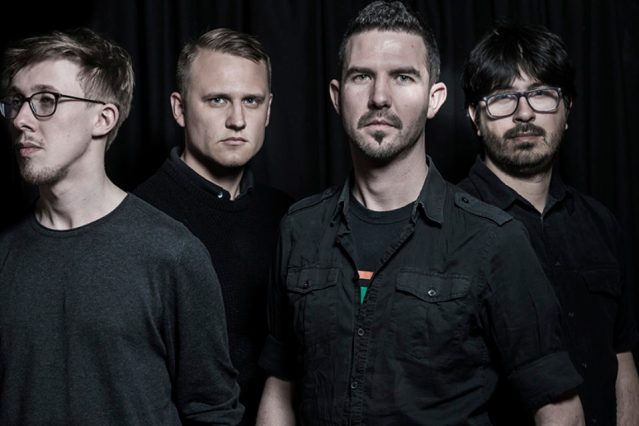 The appeal of this band is near-universal. It’s a funky organ-led 5-piece, drawing inspiration from Herbie Hancock. Bandleader Tom O’Grady lives up to the billing and provides a keyboard masterclass. Often, though, people who’ve enjoyed this band seem not to have noticed. At the end of the gig they’re raving about the driving percussion and the broken beats and how they’ve just discovered a ‘realer’ version of dance music. For others, the whole thing is a showcase for the other-worldly skills of Brazilian bassist Tiago Coimbra who gently weaves the crowd their own warm 1970’s cocoon for the evening. Some listeners are fixated with Alex Hitchcock’s saxophone interventions. These might be elegant and measured or fiery and colourful, but they all draw from a reservoir of skill and imagination that feels deep and, occasionally, infinite. Resolution 88 has a new album on the Hamburg label Legere, and a wonderfully sleek, measured live sound. Whatever you choose to take away from the gig, it’ll be something to remember. [LINK]