Robin Phillips is an in-demand singer-pianist who is originally from Surrey who now lives on the outskirts of Cambridge. In a typical year he performs over 200 gigs. In this interview with Sebastian he talks about his work, about the new studio in his house where he has recorded a new third album, Re-Versed, and about a recent trip to the US, where he fulfilled a bucket list-ambition of retracing the history of jazz back to its source of Congo Square, New Orleans, whilst also visiting some iconic recording studios and important music history landmarks en route. He also looks forward to the launch of Re-versed on on 30 November: 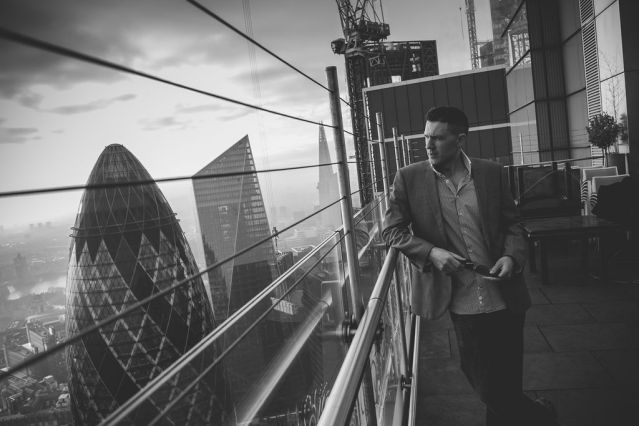 LondonJazz News: “Let’s start at the very beginning, a very good place to start…” What first got you interested in the verses of songs?

Robin Phillips: I remember having a conversation with a friend years ago and he played me Sinatra singing the verse to Lady Is A Tramp and said ‘you should do these lost bits of the jazz repertoire’, and I dismissed the idea thinking ‘no that’s a terrible idea, no-one would care or recognise them’. But the first time I remember thinking I needed to look into these was after hearing a Mark Murphy album in various duo line ups where he included a couple of verses and I had a now familiar response of ‘I don’t know this song’ followed 20 seconds later by the revelation of the refrain and the ‘ooooh I do know this song!’

LJN: It’s five years since your last album, on the theme of vocalese. You’ve been twiddling your thumbs since then, right?

RP: I know that seems crazy doesn’t it? So, I recorded the Sing. Play…for Pleasure vocalese pilgrimage album back in 2013 and released it in 2014. I then spent some time gigging that concept. I actually did two albums in between Sing. Play… and Re-Versed. One was a live album from a gig at Pizza Express, and I left Spring (Can Really Hang You Up The Most) off that album because I suppose I knew then that I wanted to save it for a verses album. I then built my studio at our new house in Cambs and to ‘learn whilst doing’, recorded a trio album there with one of my local drummer-less line-ups. I learned a lot from that, technically but also realised that drums do not just add rhythm to a recording, but also sandwich the sound with the lows of the kick drum and the high frequencies of the cymbals.

LJN: Why did you build a studio and not just go into a studio for recordings?

RP: I have never been happy with the vocal sound I achieved in studio recordings and I decided I wanted to have the opportunity to spend as much time as I felt I needed to get the sound I want, and also to put together a mic collection that best suited my voice and the instruments I tend to record. I also realised that the growth in online promotion meant that artists need to record regularly and share little and often, and I knew I wouldn’t be able to justify the budget for a day in the studio just to put out social feed/YouTube channel content.

It was nice that people started approaching me to record them, and I didn’t realise that I could offer a singing-specialist approach to producing other people, with absolute knowledge of the equipment from a singer’s perspective and producing with the finer details of singing in mind (vocal fatigue, feeling comfortable and confident, not rushed or pushed to do take after take.

LJN: How have you made the choices of songs on the new album?

RP: Once I’d bitten the bug I had to go the full distance, so that involved buying books that had the verses in and searching online for versions of standards that included the verse. I wanted to go back to the sheet music as much as possible because the verses weave melodically, and I didn’t want to be led down the garden path by a singer’s interpretation of a verse. I started shortlisting the songs that had a) a verse I liked b) one that was not regularly performed c) was coupled with a standard that was quite well known and d) one I wanted to record and thought I could do something interesting/different with. That process described above probably took a year or two.

LJN: Have other singers suggested songs to you?

RP: Working as a pianist for other singers also brought some to my attention, people like Anita Wardell, Sarah Ellen Hughes and Sara Dowling who are all (I’m sure they won’t mind me saying) equally geeky about the jazz repertoire and the beautiful lines (and stories) of the verses. It’s great being able to geek out with people who really know their stuff and are equally passionate about our artform.

LJN: And you went on a trip to the US… what was the purpose and the itinerary?

RP: The main reason for the trip was to visit New Orleans. I run a swing band called Pinstripe Suit and over the past few years we’ve had people coming up to us after gigs saying ‘wow you guys are so New Orleans’ or ‘I went to NOLA recently and you guys are more New Orleans that New Orleans’. I realised I had nothing to say to this because I had never been, I just had an idea of what New Orleans was from the music and my reading.

LJN: Let me guess, you researched the trip quite extensively…

RP: I love researching trips, it started out being a trip to New Orleans, then you say well Memphis is not too far away, and then Nashville is just a few hours East, followed by ‘well if we’re going to do it, let’s just start at Chicago and head South’. So it ended up as a trip following the North Migration of African Americans up the Mississippi after emancipation, with a diversion to take in Nashville, but all in reverse, which of course fitted in nicely with the “re-verse” theme of the new album, but not through design.

The final itinerary ended up as Chicago – St Louis (via Route 66) – Nashville (via the Land Between The Lakes) – Tupelo (via the Natchez Trace Parkway taking in Muscle Shoals and Sound Studios) – Memphis – Jackson (via Clarksdale, Tutwiler, and Robert Johnson’s Crossroads) – and finally a weekend in New Orleans.

LJN: And you went to some historic blues sites and recording studios along the way?

RP: Yes, a trip which started off as a jazz pilgrimage back to the source morphed into a ‘back to the source of the blues and modern music’ trip and an ‘iconic recording studios trip’. The trip (and the research for it) opened my eyes to the different histories of the jazz and blues genres, but both starting with the African American experience in the Southern States: blues developing in the Mississippi Delta and jazz in New Orleans.

Historically, blues of course developed into Rock n Roll which then developed into modern popular music as we know it today, so the trip ended up as a voyage of complete music discovery for me.

The studio visits that we did (Sun Studio and Muscle Shoals Sound Studio) really hit home for me, that we have all the technology in the world at our fingertips these days, can multitrack 100s of tracks should we wish, but we can struggle to capture ‘magic’, like Sam Phillips or Rudy Van Gelder did…

LJN: And you also filmed it?

RP: I hadn’t planned to, but people kept saying to me ‘you have to document this’ or ‘I want to see you experiencing this’. So I decided to keep talking about it out loud and eventually we had a videographer on board, locations in mind, and local people to interview along the route.

Through a combination of a videographer, a couple of GoPros, and a couple of the guys really buying into the idea of capturing the unique moments of the trip, we got the footage we needed. We are currently planning to release the resulting documentary of this trip at the Clarksdale Film Festival in January 2020.

LJN: When is the new album out, where will you launch and how do readers get to hear it?

RP: We’re launching Re-Versed at Pizza Express Dean Street on Saturday 30 November at 1.30pm, so musicians and friends with children can attend. We’ve also agreed with Pizza Express that kids can go free, making it more affordable for families, and of course the Pizza Express menu is family-friendly and great value… (pp)

NOTE: Two lead tracks from the album are pre-released as music videos on Robin’s YouTube channel and the tracks have been made available to jazz radio stations world-wide. After 30 November people can stream the album or purchase physical CDs from the www.repmusic.co.uk website