Nottingham-based vocalist Jeanie Barton (*) has a new, third album out entitled Moments of Clarity. She is about to bring her new concert programme celebrating Noel Coward and Cole Porter to The Pheasantry Pizza Express on 26 January 2020. Sebastian found out more:

LondonJazz News: For people who haven’t (yet!) heard you what should they know about your activity as singer/songwriter?

Jeanie Barton: I’ve been working professionally in jazz now for over 13 years; travelling around the UK (and sometimes beyond) playing standards and my originals at pubs, clubs, festivals plus many functions with musicians based both in the Midlands and in London where I lived for 14 years. I honed my chops working for over a decade as singer and compere for Bebop pioneer and former AMD of the National Theatre Laurie Morgan’s trio while also training in jazz harmony/theory/improvisation at Morley College, City Lit and with esteemed performer/educator and all-round good egg Anita Wardell. I’ve enjoyed a number of weird and wonderful highlights including supporting Georgie Fame, singing Bond songs for Shirley Bassey and other British Icons, working for Samuel L Jackson, the Korean Royal family and being voted best Newcomer at The Marlborough Jazz Festival in 2015. When my dad got ill in 2003 I started to write; my first album of original songs The Magical Mirror was released in 2010, the title track is about him. A compilation of our function band work Jazz and Cocktails was released in 2018 and now my new album of originals is out called Moments of Clarity.

LJN: Tell us about the new album – is there a concept story/narrative to link it together?

JB: It’s a new direction for me in a number of respects. The compositions are quite unusual – about various life challenges; the title track is very apt for now in the run up to another election, being about truth seeking! There are also songs about sleep deprivation, parenthood, our connection to the cosmos, grief and adultery among other things. The recordings are not acoustic either as with my previous CDs; I have collaborated with my good friend and colleague Simon Paterson who is a double bassist but also Professor of Music Technology at the University of Nottingham. He has created a work of aural art having built up everything around largely just me on vocals and keys – the sound is enormous; I call it electro-orchestral and Dean Jackson at BBC Introducing said it is “Really powerful, just divine…”

LJN: Who is on the album apart from yourselves?

JB: It was all recorded here in Nottingham and features the wonderful Tony Kofi on alto saxophone as well as Hugh Pascall on trumpet – they are both locals too.

LJN: When you write what comes first the lyrics or the tune or does each song have a different genesis?

JB: I was asked this on an interview on BBC Radio Cambridge recently; it all tends to come at once for me, in a big rush – as if I’m not writing but rather receiving the songs..! DJ Sue Marchant said that other musicians have described similar to her – she calls it a cosmic download and I concur. I have collaborated with Simon Paterson on track seven Weeks of Wonder though, wherein he wrote the music and I the lyrics, so that was a nice change/challenge.

LJN: You do quite a bit to help the jazz scene in Nottingham. What are the main venues and how are audiences at the moment? 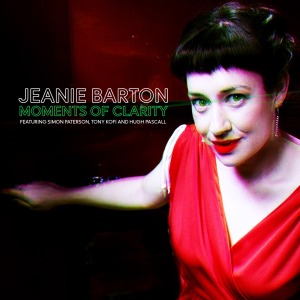 JB: We are spoilt around here for venues and audience. I write a weekly jazz column in the Nottingham Post so I get to know about it all as well as participating often; Jazz Steps promote at The Bonington Theatre in Arnold, which has a Steinway, as well as at libraries across the county – it’s a pleasure to play for them and their sizeable following. The Lion at Basford has jazz every Sunday afternoon and there is a dedicated jazz club in Hockley (a Ronnie Notts if you will) called Peggy’s Skylight, which is just marvellous, again with a grand piano. There are regular gatherings for the Nottingham Rhythm Club, Risley Park Jazz Club, Dexter’s Jazz Club and Strays in Newark has three outlets all hosting jazz plus numerous big bands tour various hotels and clubs, plus much more. It’s all going on!

LJN: Your new concert is a programme of songs by Noel Coward and Cole Porter. Why them?

JB: Yes we premiered this new show at the Theatre Royal in Nottingham last month and it sold out. My late dad was born in the 1930s and he introduced me to these composers’ work as a child; I’ve always loved them and wanted to present a 1930s-style show (previously at the same theatre we did a 1940s show The Birth of Bebop and last year The Doris Day Story, which was largely 1950s).

LJN: Was there some kind of link between them that made you want to juxtapose their songs?

JB: Yes, as a British jazz artist I wanted to bring some of Coward’s compositions to the fore as I feel his work is comparative to Porter’s in many ways; lyrically, harmonically, stylistically and thematically. I perform many that I think would make great standards too. Their lives also have obvious comparisons; both being gay in a time when it was illegal and yet having thriving careers, the hedonistic parties they enjoyed on both sides of the Atlantic – it’s great fun!

JB: Yes, I do personally feel those songs are best performed by a man but also I wanted to focus on works that lend themselves better to a jazz interpretation. To give you an idea, I medley Love for Sale with Poor Little Rich Girl, Anything Goes with Why do the Wrong People Travel and Begin the Beguine with Gyspy Melody as well as doing Mad about the Boy, I’ll See You Again plus many more of his emotive songs – hopefully this encourages other jazzers to dip into his repertoire!

(*) Jeanie Barton is a contributor / reviewer for LondonJazz News