For those who have always hankered after attending the Punkt festival of live remix but haven’t managed to make it to Kristiansand in Norway, good news! Punkt, in collaboration with Birmingham City University, is coming to the Royal Birmingham Conservatoire. 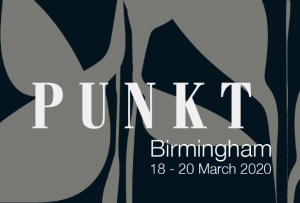 Here is the press release and full programme:

“Over the past 15 years Punkt has gained an international reputation as an exciting, progressive and musically inclusive festival. Thanks in part to the unique concept of the ‘live remix’, the annual pilgrimage to Kristiansand in Norway has become a regular fixture for adventurous music lovers. This collaboration between Punkt, UK based artists and Birmingham City University represents an exciting opportunity to enjoy the Punkt experience outside Norway.

Thursday 19 March
STILLEFELT WITH SPECIAL GUEST JAN BANG, 8pm Recital Hall
REMIX: STUDENTS FROM ROYAL BIRMINGHAM CONSERVATOIRE & UNIVERSITY OF AGDER, 8.50pm The Lab
Stillefelt is Percy Pursglove (trumpet), Thomas Seminar Ford (guitarist) and Chris Mapp (bass). Combining short cell-like compositions with electronics and improvisation to create other-worldly textures, melodies and soundscapes, they will be joined by Punkt co-artistic director Jan Bang, whose inimitable sampling style has made him one of the most fascinating improvisers and performers to experience live.

The remix will be delivered by students from the Royal Birmingham Conservatoire and the University of Agder. This group has been specially selected for Punkt Birmingham and represent what will be the first of many collaborations between BCU and Punkt’s home university.

TRISH CLOWES & LOUISE MCMONAGLE, 9.30pm Recital Hall
REMIX: ERIK HONORÉ, EIVIND AARSET & ARVE HENRIKSEN, 10.20pm The Lab
Saxophonist and composer Trish Clowes has been described as “an improviser to be reckoned with” (Downbeat Magazine) and will appear in duo with the fantastic cellist Louise McMonagle. The pair have worked together previously in Tangent and as part of Trish’s Emulsion Festival.

The remix will be undertaken by two musicians synonymous with Punkt – co-artistic director Erik Honoré (live sampling and synthesiser) and Eivind Aarset (guitarist). This duo will deliver an unmissable interpretation of Trish and Louise’s performance, blending raw acoustic samples with masterful electronic processing.

The remix will be performed by Birmingham-based duo Andrew Woodhead (piano, electronics) and Mark Sanders (drums). As well as running the free improvisation nights Fizzle, Andrew has gained recognition for his work with Elda and as a solo artist. Mark is one of the leading lights of the British free improv scene having collaborated with a whole host of luminaries including Roscoe Mitchell, Wadada Leo Smith, Derek Bailey, Henry Grimes, Jah Wobble, William Parker and Nicole Mitchell.

THE HEIGHT OF THE REEDS, 9.30pm Recital Hall
REMIX: ANNIE MAHTANI & CHRIS MAPP, 10.20pm The Lab
Commissioned by Opera North for Hull UK City of Culture (2017), The Height of The Reeds celebrates the longstanding seafaring relationship between Hull and Scandinavia. Composed by Arve Henriksen, Eivind Aarset, Jan Bang and Jez riley French, it was originally the musical companion to a sound walk experienced while crossing the iconic Humber Bridge. Erik Honoré joins the quartet for this concert version.

Annie Mahtani & Chris Mapp will take full advantage of RBC’s Lab space to deliver a multi-channel, immersive remix. Collaborators in Gonimoblast, they have appeared at BBC Radio 3’s Late Junction showcase in Birmingham and this remix will explore their shared interests of sound-exploitation, spatialisation and improvisation.