​Leah Williams speaks to Armenian-American musician Areni Agbabian for International Women’s Day about the women who raised her musically, working with Tigran Hamasyan, and signing to ECM Records. 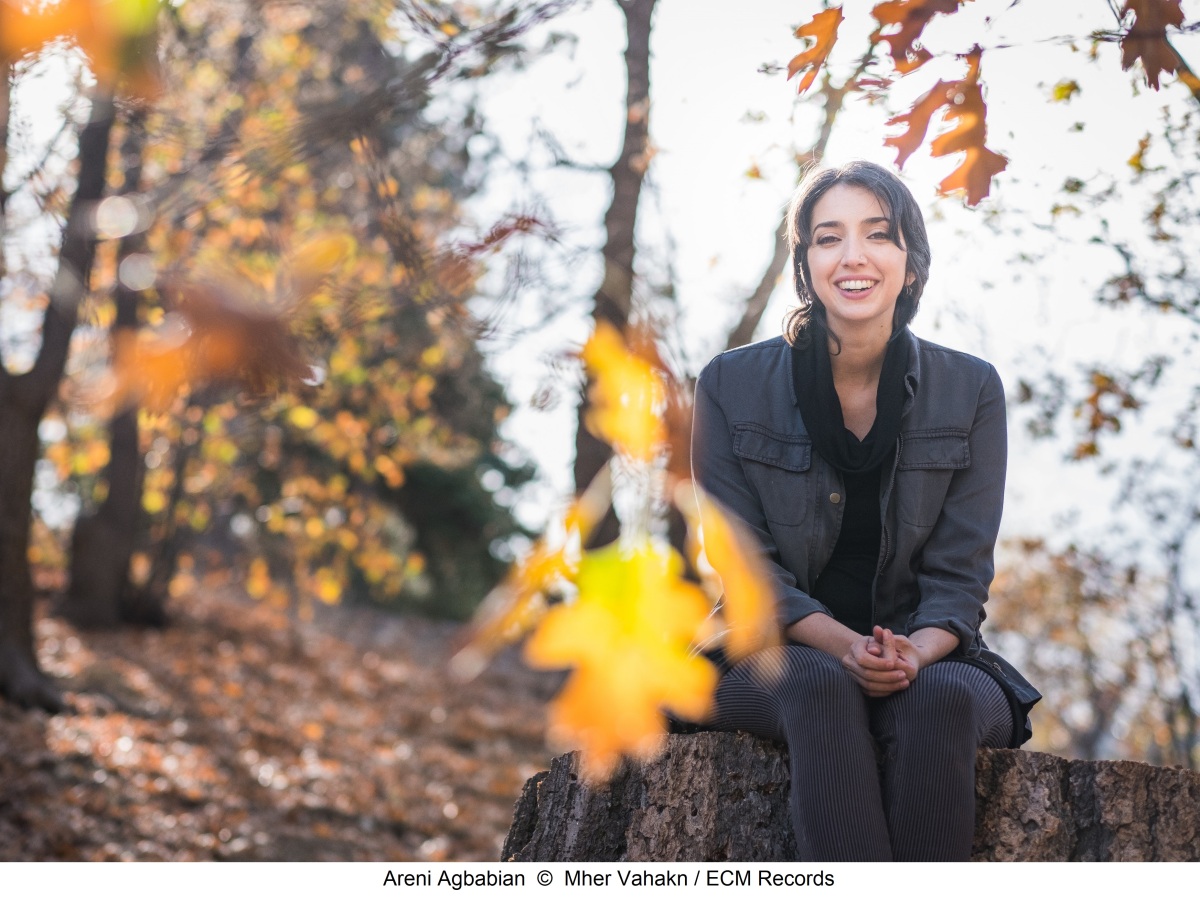 Areni is best-known to date as a vocalist with Tigran Hamasyan’s quintet. After graduating from a Master’s in 2007, she was “flailing around wondering what to do” when a mutual friend contacted her to say Tigran was looking for someone. The first time they met was actually up on stage where they dove straight in and sang, unrehearsed, an Armenian folk song together and, in Areni’s words, “that was it”.

“He rang me the next day and simply said ‘We’re recording an album and we’re going on tour’,” Areni laughs. “It was just a really good musical fit. He needed someone who knew folk music, could improvise and could also deal with his compositional structures.”

Being a pianist herself, and certainly not averse to unusual musical structures – as clearly heard in the experimental and organic nature of her own music – Areni was the obvious choice: “It was like fate”.  She has since toured extensively with his quintet across North America and Europe and featured on several recordings.

Her own debut album Kissy (Bag) was self-released in 2014 to critical acclaim, and she was subsequently picked up by ECM Records. Last year, she released her first record with them – Bloom – where she delved further into exploring her own sound world.

Raised in California to Armenian parents, she was surrounded by music – and, specifically, an Armenian musical heritage – from a young age. Two of her strongest role models were her mother and her aunt, who were both “great musicians and storytellers.”

“I remember going to my aunt’s house as a kid and learning basic piano skills, playing with percussive instruments and singing little chants and rhymes,” said Areni. “And playing little storytelling games with my mum.”

This traditional folklore education comes through in her own music, in which great importance is clearly placed on the beauty and meaning of the lyrics and the musical journey taken through each song. But it’s also obvious that inspiration comes from a myriad of sources, with elements of sacred music, classical, jazz and even popular music coming through. She cites the real essence of jazz as being a particular source of inspiration to her: “The overall feeling of jazz being this liberated form of music was always really interesting to me; in its tradition, it encourages creativity and that’s what I felt I was lacking within the classical structure.”

But any particular style or genre aside, it’s the sound, with its intimate, minimalist and textured tones, that really defines her work.

“I don’t really think about specific inspirations when I’m writing or singing. I’m interested in the ethereal world of sound and how it can help people to relax and heal so I just concentrate on connecting with my own personal sensations and emotions and hope because of that the music will touch people,” she says.

For Bloom, she was joined by Swiss percussionist Nicolas Stocker, who is an integral part in creating this multi-layered soundscape. Was it a big adjustment working with a record label and another musician on her own music?

“Working with Nicolas definitely helped me – but it was also quite difficult, because it was new to me to have to try and explain my sound to someone,” Areni muses. “As soon as I heard his palette, I knew it was what I was looking for but he works more often with kind of rhythmic modules so we had to do quite a lot of work on what my feel is. It completely came together though and I think we both really grew through the process.”

At ECM, Areni was lucky enough to be guided by legendary founder Manfred Eicher himself. “I don’t think Manfred needs any introduction,” she laughs. “It was so helpful having a profound and reliable ear such as his. He literally burst into the studio after I’d finished recording the song Mother and was like ‘this is it, this is your direction!’, which has helped me really focus in for the new material I’m writing.”

So for now, she’s working on the next album, with the lyrics and this idea of ‘songwriting’ taking precedence. On this week leading up to International Women’s Day, are there any particular female songwriters who inspire her?

“I absolutely love Kate Bush! It would be a dream come true to meet her one day. I just love her voice, it’s really evocative, and the textures and sounds that she uses – I don’t know if she creates them herself but the combination of acoustic and non-acoustic instruments sounds so organic. Everything she produces is so honestly her, her vision, and I just love that.”

It’s easy to see where the admiration comes from, as Areni herself is certainly her own woman, one whose musical journey will doubtless continue to strive for honesty of emotion and uniqueness of sound at all times.