​A recent London arrival, bassist Isobella Burnham came to town from Barbados, where she grew up, in 2018. Since then she’s taken the London jazz scene by storm, gigging and touring with many of the local rising stars. Christine Hannigan spoke to her about her music journey so far and plans for the future. 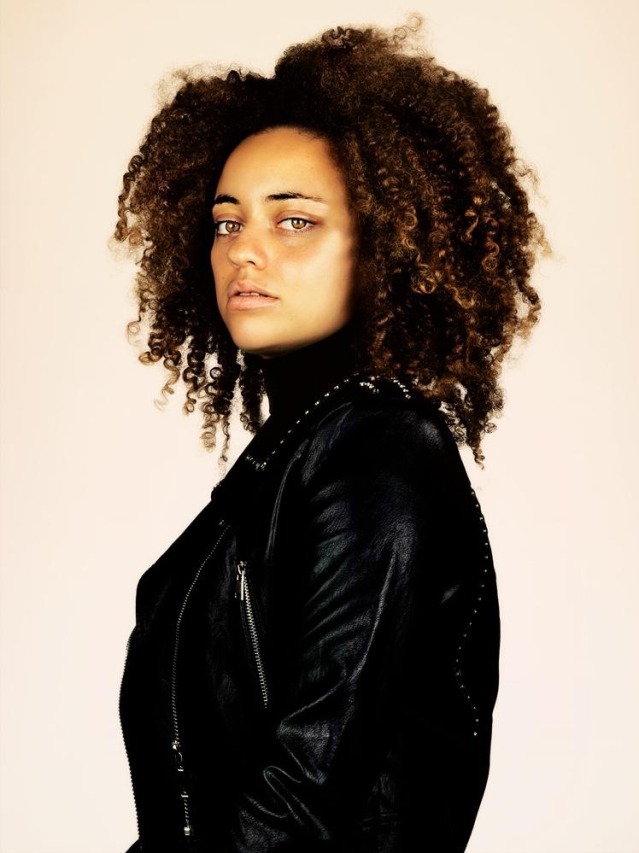 Isobella first learned classical piano, but found simply playing music as written boring. Her aunt Michelle gave Isobella a bass, and Michelle’s fiancé Ozzy taught her first lesson in the summer of 2012. However, academic commitments kept her away from music for a while, and it wasn’t until her late teens she fully dedicated herself as a bassist.

She moved to London in January 2018, after a three-month exploratory trip the summer before, and immediately set about networking and making connections. By the end of the following year, in addition to gigs all over London, she had already toured with Connie Constance, Poppy Ajudha, and Tom Misch. Her work with Tom Misch proved to be particularly fruitful for opening doors, and landed her partial sponsorship with Cosmic Ears, as well as appearances in videos for Fender and Andertons.

In the autumn of 2018, with less than two weeks’ notice, she travelled to Malawi and Johannesburg alongside trumpeter and Kokoroko bandleader Sheila Maurice-Grey, where they played in an all-female group of high calibre musicians from Zambia, Malawi, South Africa and Kenya. The xJazz Music Residency was funded by the British Council with the intention of stronger cultural exchanges between African countries and the UK.

“It was my first trip to the continent but I immediately felt at home in both places,” Isobella said. “The rhythms in Malawi reminded me of the music in Barbados, and Johannesburg reminded me of London as a big global city.”

Female-powered groups are a testament to the achievements of women past who strove to break that glass ceiling all too prevalent in the music industry. Although misogyny is still unquestioningly embedded in every facet of our culture, and indeed all-female groups are sometimes sought by event promoters not for their talents but for their novelty, Isabella’s experiences have been promising. She says she has only encountered the odd audience member seeming to marvel at the fact she’s both a woman and a skilled bassist. For the whole though, she has found her fellow musicians to be professional: “Gender doesn’t matter. It shouldn’t be such a surprise anymore for a woman to be a talented musician.”

Isobella’s versatile playing regularly takes her from the recurring jam night Straightpocket at Pure Vinyl Records in Brixton to playing with bands And Is Phi and Imaginary Millions. The reasons for her quickly-earned professional reputation are apparent: she shreds on several types of bass and exudes calm on stage, which is rooted in her overall approach to the profession. With musicians pressured to maintain a “grind of constant social media promotion”, Isobella keeps an even keel and finds breaks as crucial as practising.

Firmly established as a session bassist, Isobella is getting more ambitious about her musical possibilities. “I’d just be singing casually at rehearsals between playing, and would get invited to do backing vocals,” she says. “I was glad to do it and feel like it has really added a new dimension to my musicianship.” She has since provided vocals for Connie Constance, Tom Misch, Steamdown, Ahnansé and Poppy Ajudha.

Isobella considered the songs she wrote while still living in Barbados a separate pursuit from playing bass. In 2017, though, before her move, she started taking the endeavour more seriously and collaborated with her brother Grantleigh, a music producer. Displaying the same initiative and preparedness that quickly built her career in London, she said: “I have a 30-minute set ready so I can offer headliners an opener if they need one.”

Although she hasn’t recorded any of her music for release, some audiences have been lucky enough to hear her support sets, such as when she opened for Nérija at Village Underground earlier this month. Standing alone on stage under a prism of lights, she and her Sire bass kept the audience’s rapt attention for thirty minutes with some covers, her own songs, and several minutes of unadulterated, multi-genre jamming. She cites Corinne Bailey Rae and Lianne La Havas as vocal influences: like them, her voice fills a room with rich warmth rather than loudness. The Caribbean music she heard growing up, like Spouge (Barbados), Zouk (St. Lucia), and Shango (Trinidad), permeates her own; she usually writes the bass line or melody first, lyrics last, and draws the words from her experiences and observations of a tumultuous planet: “The world is at war with itself and it stresses me out sometimes. It feels like governments aren’t doing anything to help and it’s left to the people of society to do their little bit for the environment.”

Regardless of whether Isobella decides to record her own music – “I’m writing for me. I’m being selfish,” she joked – the lyrics from her composition Hold on to Your Dreams conveys the hard work and musical dedication that forged her broadening career: ‘We’ve got hang ups, set backs, but hold on to your dreams…Dreams are made from passion within, ignite that fire within.’