Andy Hamilton, author of Lee Konitz: Conversations on the Improviser’s Art (University of Michigan Press, 2007), writes in tribute to this inspiring figure in jazz:

Lee Konitz With Warne Marsh, the famous recording on Atlantic Records from 1955, was one of the first jazz LPs I bought. It was from a series of reissues with a silver gatefold cover. I was a student at St Andrews University in Scotland, studying Philosophy, and I bought the album from the small record store in South Street – the shop later closed while I was on vacation, and unable to help sustain its meagre cash-flow. It remains one of my all-time favourite albums, a masterpiece of lucid, interactive small-group jazz – the two saxophonists are supported by groups that include Sal Mosca, Billy Bauer, Oscar Pettiford and Kenny Clarke. Of those names, the only ones that meant anything to me at the time were beboppers Oscar Pettiford and Kenny Clarke. Many years later, I interviewed Billy Bauer and Sal Mosca – one of the great jazz pianists – for my book on Lee Konitz. 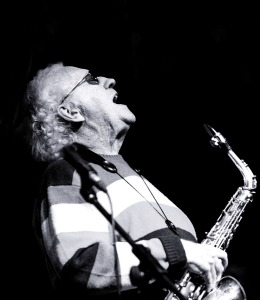 In my conversations for that book, it was surprising to hear Lee being so self-critical about that music: “It sounded promising,” he explained. “But I was uncomfortable that day, so I didn’t really love the way I played…I was not feeling like a ‘leader’, I guess”. When I said how much I loved the album, he replied: “Of course, I have a set of standards that are different to yours, though I appreciate yours. If I was able to play good enough to satisfy your standards, I feel that’s very important. But it didn’t satisfy mine, and that’s still more important for me.” Lee was not always comfortable about being a leader – and his artistic standards were of the highest.

Later I loved Jazz A Juan with Martial Solal, and The New York Album and Ideal Scene. The pianist on the last two albums was Harold Danko, and I first heard Lee live with him at Bonar Hall, Dundee, in the early 1980s – one of a series of concerts promoted by Rob Adams and Platform that were crucial to my jazz education. I enjoyed their hilarious Keith Jarrett impersonation, though the librarian I was trying to convert to jazz – I had no success, on any level – said that she found the satire “unprofessional”. I first met Lee in person at the Hull Jazz Festival in 1999, by which time I was writing for music magazines. Tony Herrington and Rob Young of The Wire commissioned an “Invisible Jukebox” – a “blindfold test” where the artist responds to recordings before they’re identified. Before his set, I brought my ghetto-blaster to Lee’s hotel room, to play some music that we assumed he would like, or at least find interesting.

That didn’t entirely prove to be the case – though he provided excellent copy nonetheless. The first track I played was Anthony Braxton’s version of “April” – based on “I’ll Remember April” – from the album Eight (+3) Tristano Compositions, intended as a tribute to Konitz’s teacher Lennie Tristano. It wasn’t received as such by the pupil, and I was blown away by the diatribe it provoked: “Well, it’s the worst solo I’ve ever heard in my life, I think. I don’t know what his real intention is in doing this. There are many wrong notes in the line of Tristano’s, and the tempo is impossible – we never played the tune at that tempo…Anthony doesn’t relate to the rhythm section at all, they might as well be out to lunch…” And so it continued. This was a man with opinions – incapable of dissembling, unwilling to impress, pursuing his art with total honesty and humility.

It took me a while longer to appreciate that he was also a warm, gentle and artistically vulnerable human being. That realisation came after I had persuaded Richard Cook, my journalistic mentor when he was editor of The Wire, to run two long Konitz features in Jazz Review. After interviewing Lee at his apartment in Cologne, the idea of a book began to take shape, though it would be some time before I could persuade Lee, and before the format of extended conversations was decided.

Despite Lee’s reservations, which he probably never really lost, I never doubted that he offered vital words of wisdom on the improviser’s craft. But after his death, his words seem to take on a resonance, weight and clarity of insight that I hadn’t fully appreciated – words that arose from his many years of daily reflection on an unusual and demanding art. Recently I read Jan Swafford’s superb biography of Charles Ives, and was reminded of Schoenberg’s magnificent peroration: “There is a great Man living in this Country – a composer. He has solved the problem how to preserve one’s self-esteem and to learn. He responds to negligence by contempt. He is not forced to accept praise or blame. His name is Ives.” Except that Ives – successful New York businessman and part-time composer – hadn’t entirely solved the problem. He wanted and needed an audience for his works of genius. Plagued by uncertainty about their final form, his compositional career ended prematurely. Schoenberg’s description might better apply to Konitz – when one understands that improvisation is a method of composition, and that a performer can exist in a market-place yet maintain their artistic integrity.

It’s remarkable that such a career could happen at all in jazz – but apart from a period in the 1960s, Konitz succeeded in making a living from the music. Even so, Gunther Schuller was right when he commented: “I tell you frankly, I think Miles Davis is so amazingly over-rated and over-celebrated, and Lee hardly at all, even though they’ve worked closely together in some very significant work. John Coltrane is over-celebrated, Eric Dolphy is forgotten. I can’t explain this really – it’s just idiotic.” I’m not at all suggesting that Davis or Coltrane lacked integrity – but they were more willing, and more skilled, in bending a little to commercial imperatives.

I never met any of those figures, or even heard them live – Dolphy, Coltrane, Davis. But when Lee reminisced about Louis Armstrong at a club date they shared, I had to pinch myself – I was talking to a man who knew the founder of the music:

“During [Louis’s] act he was singing a song that was anti-bebop – making fun of it to the crowd of Louis Armstrong admirers – and I didn’t appreciate that. But [trombone-player] Trummy Young invited me during the break into the back room, with Louis, bless their hearts. Trummy took out a cigar-sized joint and passed it around. I tell you, that was some powerful shit – I had trouble finding the band-stand afterwards!

During that set I looked around the room after playing one of my masterful extemporisations [laughs] – and there was Louis leaning on the railing, listening to us…He might just have been standing there looking at a pretty lady – you never know with these guys!”

Lee’s words come back to me, because obviously they’re familiar at a deep level. A memorable comment is reported by Enrico Pieranunzi, one of Lee’s finest pianists in a peripatetic career: “I remember one time, just before going onstage, he said to us – me and the bassist and the drummer – ‘Okay guys, you ready to really improvise?’ We were kind of shaken by that. We felt very free, even to play the wrong notes, to go everywhere”. That was the kind of freedom that Lee Konitz bestowed, on fellow musicians, and listeners. 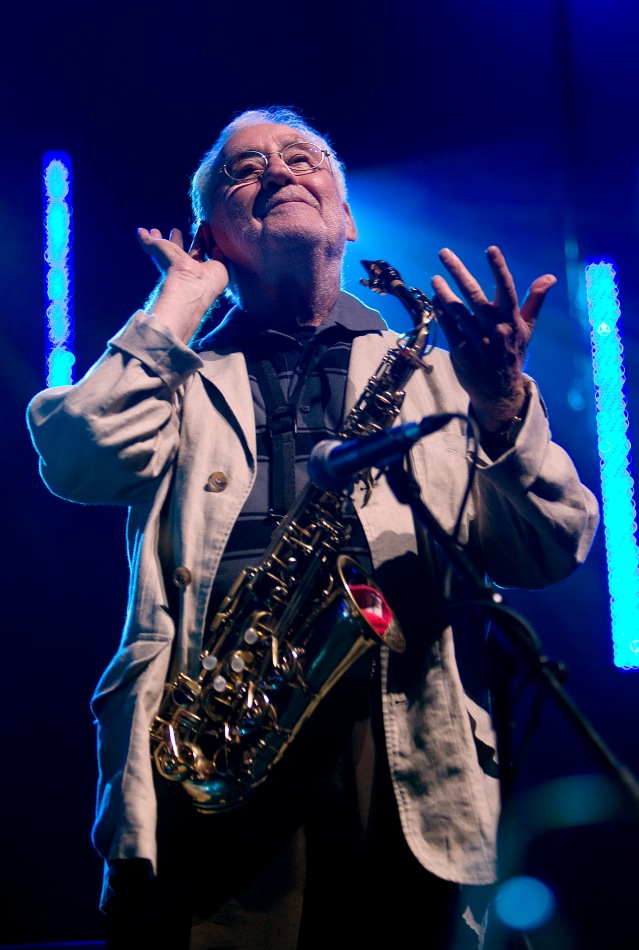