In lockdown with… saxophonist Alice Leggett

Alice Leggett is a Cardiff-born and London-based saxophonist and composer. Graduating from Trinity in 2017, she’s already made her mark on London’s jazz landscape as an integral part of Calum Gourlay’s monthly big band residency at The Vortex, and appearing as a featured soloist in Mark Lockheart’s 2016 London Jazz Festival commission and 2018 album ‘Days on Earth’.

We speak to Alice about her eclectic music tastes, lessons she’s learnt so far on the jazz scene, and the importance of doing what makes you happy during lockdown: 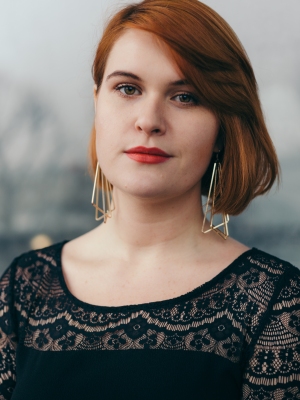 First album you purchased as a “jazz musician”?

I’m not sure if it was the first album I purchased or if it was given to me, but the first full jazz album I consciously checked out (when I was about 13) that had an effect on me was John Coltrane’s Blue Train. There were so many elements that I loved without knowing too much about what was going on. Sound, energy, the arrangements, and it’s super bluesy too. I think these are all strong elements to draw someone in who perhaps doesn’t know much about jazz.

What are you listening to right now?

I think one really nice thing about lockdown is that I’ve had the chance to check out a huge variety of new music. I’ve been listening to a lot of dance/electronic music and some Maloya, Gnawa and music from different African backgrounds that an old housemate of mine introduced me to. I don’t know loads about it so it’s been nice to really get stuck in. I’m currently listening to a favourite, ‘Kulu Se Mama’ by Coltrane, whilst writing this.

Have you done or watched any livestream gigs or events since lockdown?

I haven’t done any myself, but I’ve been enjoying other people’s. Liam Noble has been doing one every weekend which has been great; he’s a very special musician. A New York-based drummer Ferenc Nemeth (plays with Lionel Loueke, Dhafer Youssef) has been doing a live practice session at the same time each evening as well as taking questions. He’s such a nice guy as well as being killing and having a lot of interesting things to say. There was a great livestream by Cecile Mclorin Salvant and Sullivan Fortner at the beginning of lockdown which was pretty special as it was when all of this was quite raw and fresh. I think everyone is going to have a different view on how to approach livestreams, especially whether to charge or not. I don’t think there’s a wrong or right way to do it personally, both are fine. These are hard times and I think we need to go with what makes us, and others, happy.

Most memorable moment in your career or education?

I think there have been quite a few good learning experiences and I’m sure there are going to be hundreds more. I recently toured with Mark Lockheart for his ‘Days on Earth’ project. This was the first tour I’ve done and it was an absolute pleasure to play alongside Mark, Liam Noble, Tom Herbert, John Paricelli, Seb Rochford, Dave Smith, Laura Jurd and Rowland Sutherland. I could write an essay about what I learnt, but I think a key point to note is how kind, welcoming and fun everyone was, especially as I’m a little younger than the others and relatively ‘new’ to it all. I think that’s important in music, being welcoming.

Instrument you wish you played?

I wish I played drums! Rhythm is so important no matter what instrument you play, so I guess we should all really know what drummers do to a certain degree… I have a lot of respect for musicians whose knowledge is transferable across different instruments.

Has this time in isolation inspired any new creative ideas?

I’ve just been enjoying getting into a nice routine and having time to work consistently on areas of my playing that need it. I’ve been playing more piano too. I think there’s a lot of pressure to come out of this with a 10-piece suite of music… If you do that, then that’s great, but I think like I said earlier, we have to do what makes us happy during this and not worry too much about what everyone else is working on. We’re all different.

What are you most looking forward to once this is over?

I think all the obvious stuff! Seeing a live gig, giving someone a hug, going out for drinks…

A chance to plug a friend’s music right now…

My friends Tom Barford (sax) and Alex Hitchcock (sax) have a band called AuB that features James Maddren (drums) and Ferg Ireland (bass). They’ve just released a new album on Edition Records which can be bought on bandcamp. These guys work so hard at their instruments and are excellent players and writers as well as being lush people! It’s very inspiring to have friends like this to play with and learn from.