Guitarist Chris Montague’s first recording as leader is a very considered affair: the very opposite of a blowing session. He and his trio cohorts, Kit Downes on piano and Ruth Goller on electric bass, work together beautifully. The arrangements exploit the clarity of a drummerless trio while maintaining essential impetus – a movement largely due to the deceptively simple pulse maintained much of the time by the bass. 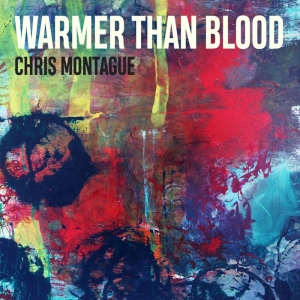 Aside from a couple of solo guitar improvisations, the bass is an unobtrusive foundation for the entwined voices of Montague and Downes, who sound like soulmates throughout. Much of the time a clean guitar sound and an emphasis on the mid-to-upper registers of the piano give them a similar sonority, with tricky unison passages in Montague’s absorbingly complex compositions sometimes sounding as if they’re playing one instrument.

They span a range of moods. The title track, referencing a poem by Fiona Sampson, is lyrically bittersweet, opening with the faintest impression of bass and guitar, like a sleeper slowly stirring. Not my Usual Type has a dreamy quality that a blindfold tester might mistake for a 1980s ECM release by, say, Mick Goodrick. The Internet begins benignly, but gathers tension and ends having developed a slightly minatory edge. Moira is an affecting solo guitar reflection, Rendered a soothing, folkish closer.

It’s not the longest set, but there’s much delight from the two leads, separately and together, and the freshness of Montague’s writing will repay lengthy investigation. As a new release from one of the UK’s most intriguing practitioners, it whets the appetite for the return of live shows, one day. Meantime, the recording surely deserves attention from homebound listeners.