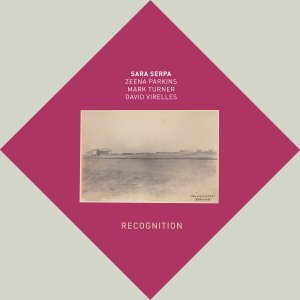 Efforts to conjure the spirit of liberation are a driving force for much of the most interesting jazz. But European rule in Africa has figured less often on the artistic agenda. Charlie Haden pausing a concert in Lisbon in 1971 to dedicate his Song for Che to black resistance in the Portuguese colonies – and his subsequent brief detention by the fascist government – was a rare moment of connection.

Sara Serpa’s stunning new multimedia work has its roots in film footage taken a decade earlier in Angola by her grandfather. The Portuguese singer grew up in a family, and a country, that preferred not to discuss centuries of colonisation after it came to an end in the 1970s, but his super-8 movies give a vivid impression of life under white minority rule.

Edited together in an hour-long documentary, in a collaboration with director Bruno Soares, they make a compelling document, enhanced by Serpa’s music, and a few voiced texts. The composer, now resident in New York, brings in three perfect players to accompany the crystalline clarity of her mostly wordless vocal. David Virelles on piano, is now probing and delicate, now dissonant. Mark Turner’s saxophone creates seamless narrative lines that complement those on screen. Less familiar, Zeena Parkins on harp, fills out the ensemble, reinforcing the quartet’s dominant air of a poignant, restrained urgency.

This is a powerfully emotional song cycle, spinning off music of almost undeserved beauty from the horrors of a ruthlessly extractive economy that endured for almost 500 years. It deserves to be heard with the film, at least once, but stands up impressively as an audio work in its own right. As a person who is poor at multi-modal concentration, I found the music gathered remarkable force when heard alone. But only, I think, because the images from earlier viewing lingered in mind. Serpa, who has recorded memorably with Ran Blake among others, was voted a rising star in last year’s DownBeat critics poll. Consider her risen.