It feels like a lifetime has passed since some of us have seen the inside of Ronnie Scott’s and for some, who live far away, it must be a real treat to be able to watch a live stream concert from this world famous venue. It’s the first time they’ve had music playing there since March. 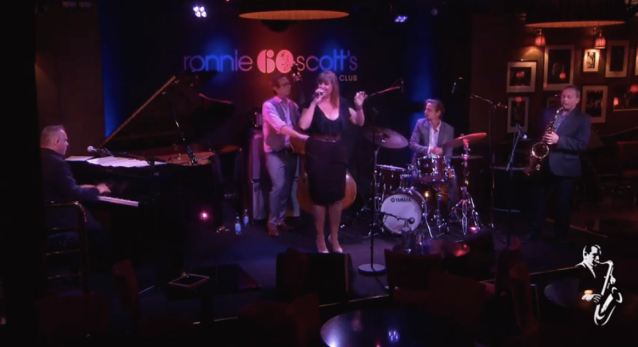 While the concert started earlier than usual (and my living room doesn’t have the same blackout curtains as Ronnie’s), I had my G&T in hand and the signature red and blue lights of the stage lit up the silhouette on the wall as though the room was packed.

The set started off with an uptempo instrumental, letting everyone have a blow and it only took a few seconds for the whole thing to feel as natural and familiar as the real deal. James Pearson introduced the band to the thousand-plus viewers at home. “Canned” stadium applause filled the speakers as he introduced vocalist Natalie Williams and even though the applause was too loud and the fade out was jarring, it put a smile on my face as Williams soaked up the moment and the live-stream comment box on YouTube filled up with praise.

The band paid tribute to some famous Ronnie Scott’s moments, starting with a medley of Sarah Vaughan classics, From This Moment On, I Cried Over You and Thou Swell. They reminisced about the old place on Gerrard Street and shared their imaginings of how cool it would be if all the famous people who had played at Ronnie’s were all able to be there at the same time. They played a Chet Baker classic, The More I See You and then proposed another “fictitious encounter” between Ben Webster playing with Duke Ellington on his tune, Cottontail.

They were all on top form and it felt as though no time had passed at all. Alex Garnett and Williams had some really nice unison lines in their arrangement of Vamos a Bailar and Williams’ performance of Chick Corea’s Spain is always impressive. Sam Burgess and Chris Higginbottom were featured with Williams on What a Difference a Day Made. They played the beautiful ballad, The Very Thought of You where Pearson played a touching solo that struck a quiet chord despite the empty room.

Before we knew it, the show was over with a super swingin’ version of the Horace Silver tune, Sister Sadie from the year Ronnie Scott’s was conceived – 1959 where everyone once again had a blow.

While the technical intricacies of trying to make a gig “feel real” resulted in some clunky sound effects and random un-mic’d conversations – it didn’t impede the music. An encore was possible, even from home and the overall result was heartwarming. As people adjust to enjoying concerts like this from home, I hope live streaming is something that’s added to the club’s bag of tricks…and while nothing compares to being cozied up in the dark with some of the world’s best musicians in the true Ronnie Scott’s experience – it’s so nice to have them back! 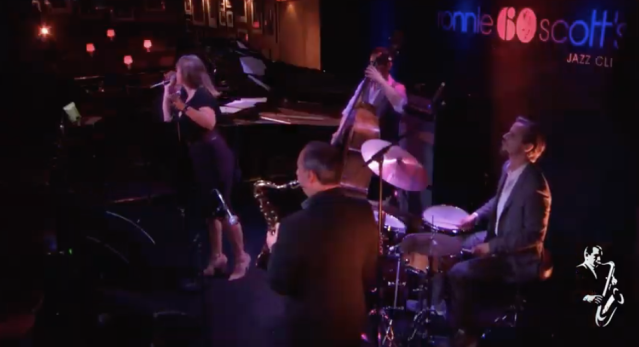