Back in the day, spotting Harry Beckett on the stand at the start of the evening was always a good sign. Whatever happened, you could be sure any trumpet or flugel solos would have an unfailing creative gleam.

For decades from the 1960s, when great jazz players were fewer in number, Beckett seemed to play with everyone. His signature sound, a gorgeous round tone and a rare control of phrase length and rhythm, is lyrical in a very personal way. It goes with a kind of bustling amiability, that inspired leaders including Graham Collier, Mike Westbrook and Stan Tracey to create settings that gave him free rein. Check out Harry playing out Westbrook’s Metropolis in 1971, one of the great Britjazz moments. There are many more. 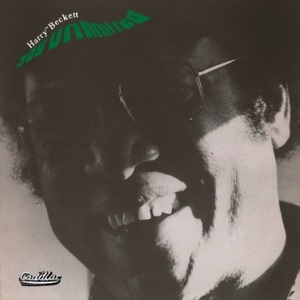 A decade after his death, his own recordings are less easy to find, so this reissue from 1975 – nicely packaged by Cadillac with new notes from Beckett biographer John Thurlow – is lovely to have. Joy Unlimited became Beckett’s regular band for a while (there’s a live recording on Ogun from the following year that also needs a reissue), bringing together several younger players who were making a strong impression. Pianist Brian Miller and drummer Nigel Morris – a close student of Billy Cobham – were both featured in Isotope, Britain’s answer to the Mahavishnu Orchestra. Bassist Daryl Runswick and guitarist’s guitarist Ray Russell have had astoundingly varied careers but are caught here in early jazz-rock vein. Martin David on congas adds percussion texture.

That’s a pretty high-level ensemble, and if the backgrounds can sound a little generic at this remove, the playing is unfailingly interesting. Russell in particular gets plenty of solo space on Beckett’s catchily sunny tunes. His playing here is mainly in the practise-lots-of-different-scales-as-fast as you-can style of John McLaughlin, with touches of Hendrix and Carlos Santana in the mix here and there, but he is probably more inventive in this fashion than any of them.

For all that, it is Beckett’s solos that still gleam most brightly. Characteristically, he isn’t in the foreground as much as some leaders – there are tracks where you mainly hear from the rest of the band. But every time he steps up, he immediately catches the ear, his developing solo logic invariably the kind that has gig-goers nodding and smiling in appreciation. That’s why so many people wanted to play with him. That’s why it’s great to have this session of Harry’s own available to enjoy anew.

Jon Turney writes about jazz, and other things, from Bristol. Visit his website or Twitter for more.