Camden’s Nubya Garcia is fast becoming a leading light in a new wave of British jazz. Acclaimed for her EPs and increasingly a regular winner at any jazz awards show worth its salt, Garcia’s tenor sax playing is at the axis of a scene orbited by groups such as KOKOROKO and Ezra Collective, not to mention her own projects Maisha and Nérija. Certainly, Garcia is a happening player and she’s riding the crest of a wave, but how to tie all this down into a meaningful first solo album? 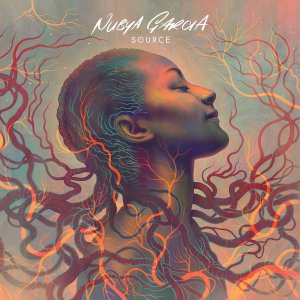 One way is to make sure that album is as ambitious as it is distinctive. Source’s 12-minute title track kicks off with an uncompromising skank which melts into an elegant turnaround of quick-fire acid jazz changes. There’s also a spiritual vibe, with nods to late Coltrane, floating above the dazzling rhythm section of Joe Armon-Jones (keys), Daniel Casimir (bass) and Sam Jones (drums). Armon-Jones is one of those players you can never imagine running out of ideas for solos, and the frenetic climaxes of his lines provide a suitable foil to the more deliberate melodies woven by Garcia.

In the race to be hip it’s easy to leave substance behind, but Garcia navigates such pitfalls adeptly. Album opener Pace certainly feels freshly made in 2020; however, there’s a palpable sense of depth here created by the scope and architecture of the tunes. It’s Garcia’s expansiveness of approach as leader – letting solos build in longform from an ember to a roaring fire, and giving space to her collaborators – that gives meat and meaning to what would otherwise be just cool.

Many of the standout moments on this disc come when things take a turn for the meditative, for instance on the outro track Boundless Beings or in the serenity of Together is a Beautiful Place to Be. There’s an overriding grace and maturity to Garcia’s debut solo album, and it’s refreshing to see someone so thoroughly justify the hype.