“Finding myself on this label under my own name is a dream come true.” Dominik Wania is an outstanding young Polish pianist of a striking originality, whose fully improvised solo piano album Lonely Shadows will be released on ECM on 18 September. Known for his earlier collaborations with Tomasz Stanko, Maciej Obara, Lee Konitz, Zbigniew Namysłowski, Marcus Miller and Zbigniew Preisner, the pianist talks about the new album with Tomasz Furmanek: 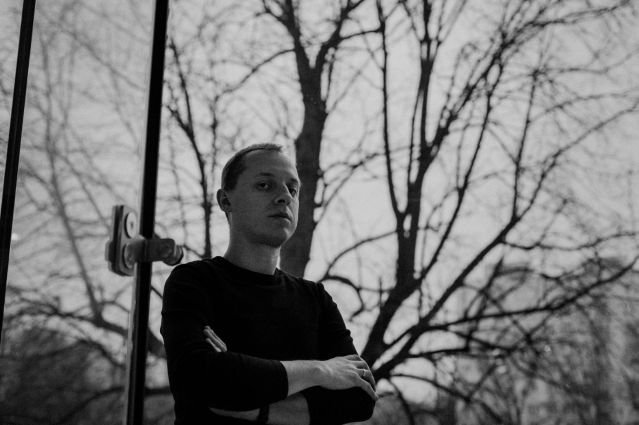 LondonJazz News: At the age of 3, you started learning classical piano. In 2014, you won the prestigious Fryderyk award in Poland as Jazz Album of the Year, for the album Ravel. What happened in the meantime?

Dominik Wania: At the beginning I played only the classics, but in 1994 I took part in a jazz workshop for the first time. In 2000 I started my studies at the Academy of Music in Krakow. I was hesitating between jazz and classical music; I chose classical piano, although during my studies I realised that it was not fully my calling. Nevertheless, I am very pleased that I did not give up classical education. In 2006, I passed exams to the New England Conservatory of Music in Boston with the best results, where I was offered a scholarship from the rector of the university. I studied there for 2 years at the jazz department with the outstanding pianist Danilo Perez.

LJN: Why did you dedicate your first album to Ravel?

DW: My interest in his music started in high school, and it deepened in college. Miroirs was one of those compositions that I played and studied… the aesthetics and sensitivity Ravel’s music are very close to me. During my doctoral studies in Krakow, it quickly crystallised that the subject of my doctorate would be Ravel’s music and its influence on great jazz pianists, such as Chick Corea, Keith Jarrett and Bill Evans. I tried to show that jazz harmony is close to Ravel’s harmony. It is a very precisely written music, but you do not hear this strictly mathematical precision in it, it flows… So, it was my doctorate, and the so-called artistic work that is part of it was my attempt to look at Miroirs in the jazz convention.

LJN: How and when did your cooperation with ECM start?

DW: It all started with meeting the saxophonist Maciej Obara, with whom I had my first encounter in Tomasz Stanko’s band and who later invited me to play with his quartet. For many years, Maciej had been looking for access to Manfed Eicher, which in principle is almost impossible. There is a funny story related to it. The cousin of a good friend of Maciej was a driver in a corporation whose service was used by Eicher. This man, also a music lover, simply bombarded Eicher with Obara’s music on the principle “you have to listen to this, he is an excellent saxophonist from Poland!” Manfred listened, and as a result remembered the music. Even more funny is that Tomasz Stanko really learned about Maciej Obara from Manfred, who, after listening to Obara’s recordings, recommended him to Stanko. Later, Stanko invited Maciej to one of his projects, where in turn our paths crossed.

LJN: As part of Obara’s quartet you recorded two albums for ECM. When and how did the subject of your album come up?

DW: Manfred Eicher was present at the Fryderyk Awards gala in Warsaw in 2014 when I got a statuette for Ravel. The next day, at Manfred’s request, we met for a brief noncommittal conversation… It was only in 2017, during the recording session of the “Unloved” album with the Obara Quartet, that the subject of recording an album for him under my name appeared for the first time. He said that “we will try to do something together”, but there was no question of a solo album at all. The proposal to record the solo material came absolutely from Manfred. I am so glad that he proposed this; it is the best thing that could happen to me.

LJN: What exactly was Eicher’s role in the process of creating this musical material?

DW: Undoubtedly, the fact of working with a producer while recording an album is unusual for a jazz musician, nowadays there is practically nothing like that in jazz anymore… ECM is perhaps the only label where the producer is present during the recording session. I cannot imagine that he  could not be there, especially in the case of recording a piano solo album, because it seems to me that this is the most important instrument for him, he has a weakness for the perfect piano.

Manfred had given me an absolutely free hand when it comes to what I would be playing. I was preparing for the recordings rather mentally, I knew that everything in the studio would be perfect, and all you have to do is sit down and play well. I went there absolutely as a “blank sheet” and I was hoping that when I sat down at this instrument, the music would just flow out. And that’s what happened.

He also had some influence on the musical content, although we didn’t talk about music in the context of “maybe play this or that”, it was more about suggestions related to way of playing, how much melodic content, etc… His role was also that he actually put the album together – something he always does perfectly. He listened to my playing and already knew that this was the version. Simply an incredible intuition.

LJN: What has the fact of recording and releasing an album for ECM changed for you?

DW: Finding myself on this label under my own name is a dream come true… it seemed to be available only to such giants as Jarrett, who was one of my idols, by the way. This label has an international reach and has a lot of fans around the world following each of its releases, so this music can reach many people.

LJN: Lonely Shadows is an entirely improvised album, and the notes themselves seem tas important to you as the touch of the keyboard, the timbre and vibration of the sound, the acoustics of the room, etc… 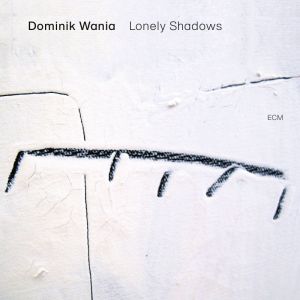 DW: When it comes to the matters of feeling for colour, caring for the sound, taking care of the correct extraction of the tone and the embedding in the keyboard – I undoubtedly owe these things to classical music, where they are actually a priority. It all results from the classical education and approach to the instrument. I consider myself simply a pianist, not a jazz pianist, though I improvise. For me, the most important thing is the touch, the unity  with the instrument, in order to be like one organism, deriving pleasure from the touch of the keyboard as something completely natural, as music cannot be played “on the surface”.

What’s on this album, although fully improvised, seems to have a specific form and everything works together as if this were almost finished compositions. Taking advantage of the perfect conditions that I had there, I tried to introduce as much substance as possible into what I was playing, and the music developed in some direction, it pursued its goal.

Lonely Shadows will be released on 18 September 2020 on ECM Records.