French drummer Raphaël Pannier, who turns 30 this year, is a noticeable talent who hasn’t rushed to draw attention to himself as a leader. He co-led a date with saxophonist Chad Lefkowitz-Brown a couple of years ago. And for this, the first set with his name up front, he modestly casts another sax player, Miguel Zenon, as musical director. 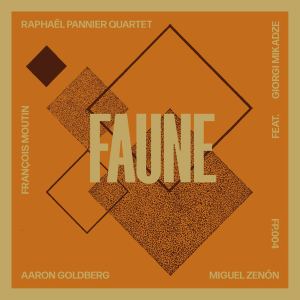 Zenon has been a mentor, and his alto is a vital ingredient on several tracks here. But Pannier’s personal quest to blend classical and jazz traditions also guides an unusually eclectic programme. He’s long been based in New York, but there is nevertheless a distinctly French flavour to the proceedings, at least some of the time. A brisker than normal trio version of Messiaen’s Le Baiser de l’Enfant Jésus brings in classical pianist Giorgi Mikadze, and there’s a splendid jazzed-up rendition of Forlane from Ravel’s piano suite Le Tombeau de Couperin that sees fellow French expatriate François Moutin on bass urging things along as powerfully as the drummer.

The set ranges more widely, though, and it’s hard to identify a unifying quality, aside from excellent playing from Zenon, Aaron Goldberg on keys, and Moutin. The leader’s compositions are impressionistic – as with Fauna, which follows on from the Ravel, and the engagingly tricky Monkey Puzzle Tree. Here, and on the mood-shifting Lullaby, which begins in a suitably calming vein but turns into music that seems more designed to startle someone awake, the quartet are really working together. The closing drum and sax excursion on Monkey Puzzle Tree – where Zenon’s responses are so sharp I assume they were added to the drum solo in a second take – is a particularly striking piece of co-creation.

Other tracks on this mixed-bag debut are less arresting, perhaps. Midtown Blues is an agreeable swinger, and there are so-so treatments of Wayne Shorter (ESP) and Ornette Coleman. The latter, Lonely Woman, has a nice opening statement from Zenon, but then takes things in a boppish direction that left this listener wondering if Ornette’s matchless melody was gaining from scalding alto and positively thunderous drums.

But a recording with such variety offers plenty to offset things that may not work for a particular listener, and there is much here to like: not least, a drummer who makes an often unobtrusive but well-considered contribution to every piece, and here gives notice of an expansive musical ambition.