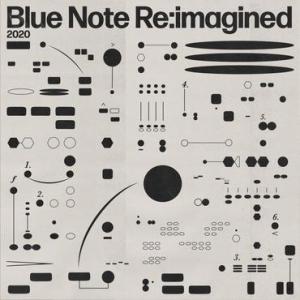 It is at these listeners that Blue Note Re:Imagined is aimed, just like the often weird, occasionally wonderful Verve Remixed series or Madlib’s Shades of Blue. Purists look away now.

The opener is a soulful take on St Germain’s Rose Rouge (“I want you to get together, put your hands together one time”) by the Walsall-born Jorja Smith. All the artists here are young-ish British talents – a recognition and celebration of the new UK jazz generation. Smith loses some of the spooky urgency of the original but creates something that’s more a song, less a disembodied bunch of samples.

There is though vintage Blue Note too – some pretty faithfully interpreted, others close to unrecognisable, where a hook or a phrase becomes a launch pad for an altogether different story. The artists here have absorbed grime, afro-swing, hip-hop and broken beats and have myriad studio tools at their disposal unknown to their analogue elders.

Ezra Collective stay close to Wayne Shorter’s Footprints. The tune sounds a little more relaxed, as if its feet are up on the porch, drink in hand, as sundown comes. The piano solo from Joe Armon-Jones doesn’t sound at all shabby compared with Herbie Hancock’s eloquent original. Likewise, Nubya Garcia opts for a funk backbeat but doesn’t tinker with Joe Henderson’s A Shade of Jade. Playing clarinet, Shabaka Hutchings fashions a typically ear-catching solo as he retains the singular character of Bobby Hutcherson’s Prints Tie – the closest Blue Note ever came to the sound of Seventies krautrock.

For some heritage-loving jazzers and Wynton Marsalis sympathisers, this whole vault-raiding exercise will be sacrilege. By contrast, some young R&B fans will just hear a bunch of clubbable tunes unaware who wrote the chords. Some of Blue Note Re:Imagined‘s supposed updates will vanish long before the originals fade and the results often aren’t “jazz” – but the spirit of adventure and imagination in a good number most definitely is.