Vocalist/actor Emily Rose Laurence brought out her debut album “Relativity” in July. She has worked on several projects, including stage shows and gigs in and around London. Her strongest connection to the jazz world is through her father, bassist Chris Laurence, who also plays on the album. Sebastian found out more via email… 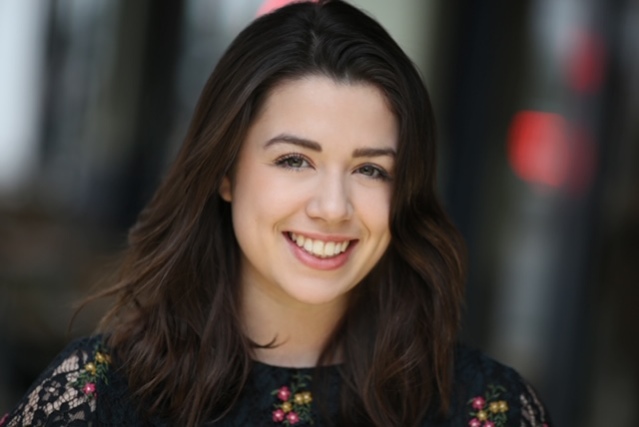 LondonJazz News: The choice of songs on “Relativity” is varied, from jazz standards to Joni Mitchell. What led to the choice of repertoire?

Emily Rose Laurence: We wanted to have a variety of songs on the album so it could also act as a showcase, in the old fashioned sense of ‘here is my CD, this is what I can do’ for the purpose of finding more work. Over the last decade, Dad and I have performed together both privately and publicly. This meant that we were always trying out new songs that could work nicely with the voice and bass to start with. I idolise Joni Mitchell, in both her writing and her voice and have grown up listening to her. The Water is Wide holds a very special place in my heart, which is why I wanted to include it on my album.

LJN: On My Funny Valentine there is a moment where you step back out of the foreground and hum – what’s the idea there?

ERL: My Funny Valentine was actually the first ever song that we performed together, so it feels very personal when playing this. We have played this with different variations of instruments; as a duo, with a quartet and more. In our arrangement there has always been a verse with Dad taking an improvised solo and it was his suggestion for me to hum the melody underneath. I think it reflects our teamwork and relationship, supporting one another.

ERL: Absolutely. Our family is a musical family inside and out! We played around with a few different titles for the album, but “Relativity” stuck as it is a family-driven project. My extremely talented sister-in-law Brenda Goddard created the artwork. All of the musicians involved are family friends too; I have known Dave Hartley since before I could walk!

LJN: There are some wonderful instrumentalists on the album …

ERL: Every time I listen to the tracks I have to pinch myself at how lucky I have been to have them all onboard. John Parricelli, Dave Hartley, Tommy Walsh, Darren Williams and of course my dad Chris Laurence are all such accomplished, incredible musicians. We also recorded the album at Darren Williams’ studio, ‘The Den’ in Harpenden. 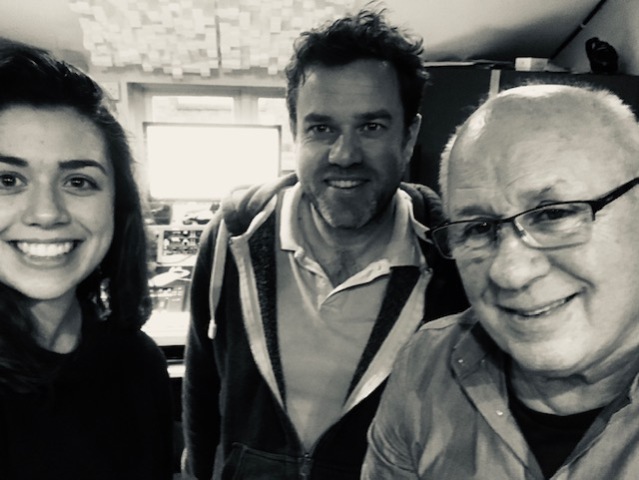 LJN: And you play instruments yourself

ERL: Yes, I play the violin and the piano. My mother, Rita Manning, is a violinist, so I was lucky to experience live jazz and classical music from a very young age. I started learning at the age of four, going through classical training and then I discovered a love of folk music, which is what I lean towards now when playing. The piano started with a love/hate relationship until I started composing and learned how to accompany myself. I now teach the violin, piano and voice.

LJN: How have the Covid months been for you as a performer / teacher?

ERL: To be completely honest, it has been difficult. The whole industry is suffering and it’s heart breaking. Dad and I had just finished recording all of the tracks for “Relativity” and were about to get it mastered and finished and then everything stopped in its tracks. Fortunately, as studios began to open again we were able to have it mastered at Abbey Road. At first, I was apprehensive about releasing music in such a strange and ambiguous time but we realised that more people than ever would be listening to music at home, and I think the tone of the album provided people with a relaxing and warm playlist.

As a performer, it feels so strange to say that I have only had a few auditions in 2020, but I hope and trust that things will change for the better. I feel incredibly lucky to have my job as a music teacher, which means that I can pay the bills!

LJN: Have you managed to / do you plan to do any live performances or what’s the story there?

ERL: But Not For Me was played on Jazz FM during lockdown, which was really exciting. That was the first time that I have heard my voice on the radio, which was surreal! At the moment I don’t have any concrete plans; however, a live performance will definitely be on the cards as soon as possible.

LJN: And as a listener?

ERL:  Music has been a saviour over the last seven months, for sure. I have found myself listening to all sorts of artists and genres with more attention, listening to whole albums as opposed to selected songs.

LJN: You put the music on a lot of different digital platforms – what have you learnt from that and what kind of reactions have you had?

ERL: We did, yes. Streaming is a whole new world for me, so it has been fascinating being able to see that our album has been played all over the world in such little time – something that I wouldn’t have assumed would be able to happen. I have had really lovely reactions so far, which goes without saying is a fantastic feeling. I had a mention on The Times website which was really exciting and have been added to their Essential Tracks playlist on Spotify, next to some really big names!

LJN: What might success look like in a year or two from now? Can you make any plans?

ERL: I would love to be performing, whether that’s live, in a studio, on a stage or on the waves. I have been trying my hand at songwriting and I would love to eventually put together another album with original music of a similar style. Ultimately, I would love to have a successful music career as a performing and recording artist. I am hopeful that 2021 will be a positive year of progression for me.

Relativity is on Amazon Music and Spotify