Duncan Heining – “Stratusphunk: The Life And Works Of George Russell”

By rosasawer on 30 October 2020 • ( 6 Comments )
Dr. Duncan Heining’s book George Russell: The Story of an American Composer was originally published in 2009. On 15 October 2020 it was published in a substantially revised new edition. Sebastian interviewed Duncan about what is effectively a new book: Stratusphunk: The Life And Works Of George Russell.

LondonJazz News: In a nutshell, do you see the main significance of George Russell in his music or his theories?

Duncan Heining: I suspect you’ll have guessed that the answer is both. I do think that the idea of “George Russell the theorist” has got in the way of a broader appreciation of his ideas and their influence and of his music. Some people like to cling to the idea that jazz is this intuitive music that can’t be taught but only learnt on the bandstand. But George’s theories are remarkably practical and, once you get through some of terminology, readily understandable. Those theories helped to free up jazz improvisation and composition by shifting the emphasis away from chord sequences to what George called chord-modes and that led to what is known as modal jazz. The impact of that continues in so many ways.

Perhaps George’s music is less well-known and appreciated as a result and that is something that I hope Stratusphunk will help to rectify. Is George’s music difficult to play? The musicians I talked to for the book would say, “Yes, it is.” But they’d also tell you how exciting and rewarding it is. And anyone who saw the Living Time Orchestra on their many visits to Europe will tell you that was one kick-ass band.

LJN:What about his legacy as an educator and through his former students?

DH: Yeah, that’s important too. But the word “student” has to be used in its broadest sense. Miles never studied George’s Lydian Concept formally but, boy, did it influence him. Coltrane, too, but in a different way. Then there were the students who did his classes at the Lenox School of Jazz between 1957 and 1960, as well as individual pupils or people who studied through his book The Lydian Chromatic Concept of Tonal Organization, like Steve Swallow, Art Farmer, Eric Dolphy, Jan Garbarek, Terje Rypdal, Randy Brecker and loads more. Then you get a whole other generation who studied with him at New England Conservatory – guys like Don Byron, John Medeski, Ricky Ford and Marty Ehrlich. I think what we see with George’s influence is a classic example of how ideas disseminate through music – they do so by direct influences such as this but also indirectly through the way they influence practice and become part of the musical language.

LJN: Which records would you point out to newcomers to his music?

DH: It does concern me that even Russell fans often only really know his music from the earlier years – the 1950s and ’60s. There’s some great stuff from those years – Jazz Workshop, Jazz in the Space Age and Ezz-Thetics, in particular stand out. But people shouldn’t miss out on the later things – the Beethoven Hall record with Don Cherry is one of George’s most ‘out’ albums, while The Essence of George Russell from George’s time in Scandinavia has to be one of most innovative and powerful big band records. My favourite and, for me, the most profound of George’s records has to be The African Game. I bought it when it came out in the late ’80s. It blew me away then and still does. It’s the closest I get in jazz to listening to Olivier Messiaen.

LJN: What does “Stratusphunk” in the title mean?

DH: It’s the title of one of George’s best known pieces and the title of one of his early ’60s LPs. George was really into trying to understand how physics and mathematics, and music intersected. And, of course, this was the era of the “space race” and George used such terms as titles and even as a descriptor of his music – Jazz in the Space Age, Stratusphunk, The Stratus Seekers. “Stratusphunk”: it’s the words “stratosphere” and “funk” combined. And for younger and not so young readers, there was “funk” before James Brown, George Clinton and Bootsy.

DH: And what a story it is! Adoption, growing up in the mid-west, the racism he experienced and fought against, the people he met and knew – Miles, ‘Trane, Bird, Ornette, Carla Bley, Gunther Schuller. And everything, all the obstacles he had to overcome to develop his ideas and music. For me, biography is about the artist in the context of their world and about offering an understanding of how these relate. Anything less is, to me, little more than tourism.

LJN: When, where and how were your main interviews with George Russell done?

DH: They were done between 2003 and 2009, in the main for the first edition that came out as George Russell: The Story of an American Composer in 2009. However, in this edition, I have also made use of material I didn’t use the first time. There’s also other interview material and articles that have come out since that I have had the chance to draw upon.

LJN: Why has the book needed a second edition?

DH: The simple answer, I got the rights back from Scarecrow Press. They were selling it in hardback for $75, so Stratusphunk is a steal at £14.99 or £9.99 for digital copies. There’s really two answers to this question. Firstly, I was very proud of my work on the original but there were aspects of it I was unhappy with. There were some questions and issues I couldn’t resolve to my satisfaction because of a lack of knowledge and understanding on my part. Most importantly, I was unhappy with the final chapter. Two critics, quite independently, described it as “arid and cluttered”. I had to take that on the chin. So, getting the rights back allowed me to attend to those issues.

But even more important is the fact that we write what we write in particular times and what we write reflects those times. The book came out originally in 2009. America had its first African-American President. The “promised land” Dr. King spoke about might have still been a long way away, but there was a sense that at least the basic arguments about racial justice had been accepted. I think the first edition reflected that slight sense of optimism. Not just there but here and elsewhere, as well.

Then 2016 saw the election of Trump, Brexit and the rise of the Far rRight. Recently, we have seen the response to that in terms of Black Lives Matter. Even before that, I had begun to rethink my own understanding of jazz as a music, not least in relation to its place in an unequal world distorted by racism. I think… I hope… that Stratusphunk reflects some of those changes in my thinking and the need to continue to confront these evils.

Stratusphunk: The Life And Works Of George Russell by Duncan Heining is published by Jazz Internationale

You can buy Stratusphunk: The Life And Works Of George Russell on Amazon 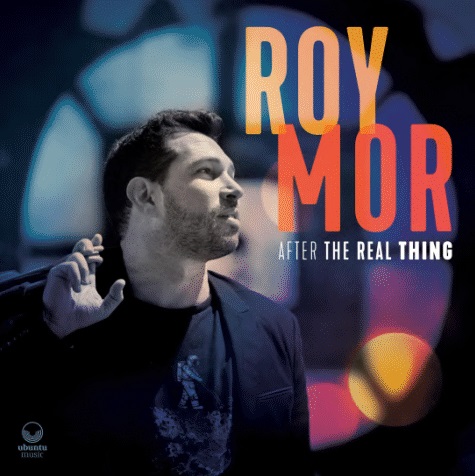