With the great American pianist announcing that his performing career is almost certainly over, this account is sadly timely. 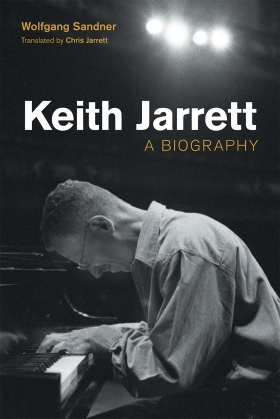 Why has Keith Jarrett been so intolerant of the slightest distraction at his solo shows – a lone cough, the swish of a camera shutter? The obvious answer is that he is a perfectionist whose feats of spontaneous composition at the piano require utter focus. This biography suggests a couple more answers – might it be a neurotic response that dates back to his childhood when a noisy household with four younger brothers could easily distract his keyboard practice? Later, Wolfgang Sandner also raises “a sinister suspicion” that when Jarrett has stopped playing to berate a cougher he might be covering up a lack of inspiration – and conveniently giving himself a chance to restart. Once, early in his career at a show in Switzerland, Jarrett announced that the muse had gone AWOL, and asked if anyone in the audience would like to take over.

This new biography of one of the world’s great musicians turns out to be sadly timely. Jarrett announced in October that damage from two strokes has almost certainly ended his performing career. Ian Carr’s Keith Jarrett: The Man and His Music came out as long ago as 1992. Wolfgang Sandner came to know Jarrett through Manfred Eicher, the founder of ECM, and has visited Jarrett’s home in New Jersey. Sandner says their relationship cooled when Jarrett took umbrage at the writer calling The Köln Concert one of the pianist’s greatest successes. Jarrett has an ambivalent view of his breakout commercial hit, which he now thinks has far too many notes. Sandner calls it “a curious dispute” but it seems entirely believable to me. I once had an hour-long, apparently entirely amiable chat with Jarrett but after my piece appeared in print was told he would not speak to me again.

Sandner is an erudite music critic and a long-time fan of a musician who, for all his talent, divides opinion. The enforced distance from his subject has probably made this a better book (Carr slipped into special pleading). A good deal of family information is supplied by the pianist’s youngest brother, Chris Jarrett, who also translated it from the original German (Rowohlt, 2015).

The story begins in 1945 in Allentown, Pennsylvania – “musically one of the most pathetic cities in the United States”, as Jarrett later described it. He was a child prodigy performing Bach, Beethoven and his own compositions to the local women’s club aged 7. There was a fractious year at Berklee; during a jam session while Jarrett was busy wresting avant-garde sounds from the inside of the piano a school administrator yelled: “Get out of here!”

The pianist headed for New York and was saved from penury when Art Blakey hired him. But Jarrett found playing with the Jazz Messengers “a constant struggle”. Having studied drums himself, Jarrett rejected the leader’s rhythmic ideas. Jarrett then made his name with Charles Lloyd and the ground-breaking psychedelic jazz group that crashed the flower power scene. Miles Davis scooped him up to play electric piano and organ. Jarrett called them “pieces-of-shit electric toy instruments” but learnt a lot and started to make well-regarded but low-selling albums with is own band for the ABC Impulse! label. When the young Manfred Eicher proposed Jarrett made solo recordings for his German imprint the American executives saw no commercial clash. ECM was to them an “eccentric backwater”. The link-up though led to the four million-selling Köln Concert (which gets a chapter if its own), the gigantism of the ten-LP Sun Bear Concerts and globe-spanning cult adulation.

Sandner is a shrewd analyst of Jarrett’s vast range – the European and American bands, his classical projects as well as the solo shows. He profiles a gifted, difficult, self-critical, intensely ambitious performer (OK we knew that) who combines the technique of a classical performer with the imagination of a jazz improviser – “Art Tatum meets Chopin”. The author is occasionally too soft – Spirits, the experimental home studio album on which he plays all the instruments – may have been good therapy for a troubled Jarrett but is pretty dismal listening to most ears. Also, he is bafflingly complimentary about No End, another grim home studio album that Jarrett noodles through on electric guitar. Less inspired, rather too predictable solo shows, eg The Paris Concert, get off lightly too.

Sandner chronicles the marital break-ups, the late Nineties bout of chronic fatigue syndrome and the recurring back problems. Jarrett travelled with his own bed and physiotherapist; European tours were conducted by chartered plane from a hotel on the Promenade des Anglais in Nice. All this was possible if you’re an artist who in 1978 could already command $10,000 to $15,000 a show.

The great Standards Trio was convened over a vegetable curry in New York in 1993 with a view to making a single album. Bassist Gary Peacock, with his impeccable avant-garde credentials, was especially sceptical of exhuming the oldies. Jarrett less so: “Everybody writes their own music these days. That’s why there’s so much bad music around.” The trio would go on to redefine how standards could be played and stayed together for more than 30 years.

Sandner is a trustworthy guide who takes the story right up to this year’s belated release of The Budapest Concert from 2016 and the rumours of ill health. He is in no doubt that Jarrett is a genius – and even if you think ECM has released too many albums and detect bouts of hubris and note-spinning – he makes a strong case. Among Jarrett’s several careers, Sandner believes the solo shows reveal his true greatness: “The concerts are like visiting a workshop …. Those who listen, watch and participate are fascinated by the number of masterpieces leaving the production line again and again.”