“I love him, I think this is very exciting music, and I think the fans are going to love it. We finally found those tapes from Ronnie’s!” says Zev Feldman, Archival Music Producer and co-president of Resonance Records in Los Angeles.

Resonance collaborates with labels all over the world, including Blue Note, Reel to Real and Elemental Music. Resonance will be releasing Bill Evans Live at Ronnie Scott’s, with the LP out on 27 November for Record Store Day, and on CD and digital on 4 December.

This is a previously unissued archive recording of Evans’ celebrated 1968 residency in London, with long-time bass partner Eddie Gomez and Jack DeJohnette on drums, who was in the trio for six months, and recorded the session, and still had the tape. The release also reveals previously unreleased photos. It also has not just  extensive notes by Brian Priestley, but also recollections of Bill Evans from musicians, and from the actor Chevy Chase….all of which emerged in this interview with Dan Bergsagel. 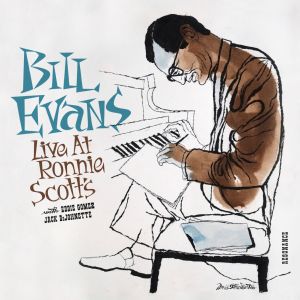 LondonJazz News: How did you uncover this  recording?  It is now more than 50 years after the gig took place…

Zev Feldman: I first started working with drummer Jack DeJohnette for two previous Bill Evans releases: the lost album from the Black Forest studio recordings Some Other Time in 2016, and Another Time in 2017, a recording from the Netherlands (reviewed here by Andrew Cartmel). Those recordings were both captured in the very short six-month stint that Bill Evans had both Eddie Gomez and Jack DeJohnette in his group. A lot of people knew that Bill, in addition to those two European recordings, had played at Montreux that summer and for 4 weeks at Ronnie Scott’s. I just used to get so many calls asking “Where are the recordings from Ronnie’s? Where are those tapes?”.

In 2016 when working with Jack, he said that he’d found some stuff but that it didn’t sound so good. When he sent it over to me, it sounded like I was listening through a sock – it wasn’t usable. But flash forward to 2018 and Jack was going through his archive again, and his attorney Steven Reich reached out asking if I would be interested in reviewing the material with the possibility of some releases. I remember the first time I went up to his house in upstate New York to look through what he had – we were in his basement, and we listened to the same tape that he had sent to me in 2016. Except it turned out that the first time we listened to it we weren’t doing it right – it was a four track recording which had parts running in different directions or something – and this time, lo and behold, there was music on the tape! There were some incomplete tracks, and some others with distortion, but we were able to carve out a listening experience for the fan that caught some of the moments that Jack had captured at the time.

It’s really extraordinary, because when Resonance Records came along there was only that one album – Live at Montreux – with this group. Over only the last four years we’ve added three recordings from this very special short-lived group to Bill’s output. 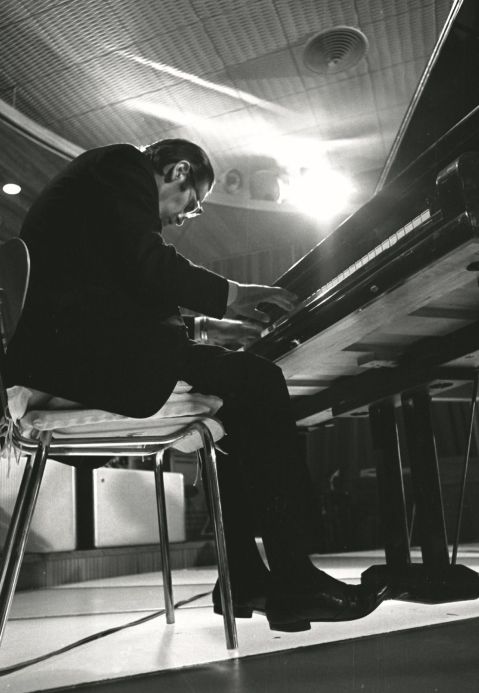 LJN: If we go back to that first release on Resonance from 2016 – the uncovered studio session from Germany – how would you contrast those to this live recording from only a few weeks later?

ZF: They go together like puzzle pieces; the two records follow the groups progression during that tour. Compared to the Montreux and the Black Forest recordings, when they got to Ronnie’s they were there for a four week engagement so they really got settled in. Jack compared it to a room like the Five Spot in New York in the 1960s, where they often had long extended sessions and the time to get comfortable. Both records are from a period of Bill’s music sometimes described by author Marc Myers as his ‘percussive period’, and it’s right that the drums are a very present part of these recordings. Jack DeJohnette was followed in the trio by Marty Morell, and you can hear that style continue on recordings into the 1970s, like the Tokyo concert or even the other recordings we’ve put out here at Resonance like Evans in England from 1969 (reviewed by Liam Noble here) and Live at Top of the Gate in 1968. It was really a special time.

LJN: You mentioned how short a period the Gomez/DeJohnette trio were together, how do you think that brevity impacted the intensity of that collaboration?

ZF: I think it’s a very exciting group. Bill gave them space to take extended solos and express themselves freely in the music. At the end of this run Jack goes off to join Miles’ group, but it’s really interesting when you look at the history and Bill had a lot of important drummers in the band.

LJN: Looking at the release, I can see that it is much more than just a double LP but a full package which comes with a wealth of information. How does the cover art fit in with the work?

ZF: With all the packages that we do we try to elevate the art of record making, especially in this period where so many of us feel like we’ve seen everything. I often try to draw inspiration from the photography, the content and voice, but there was something really special about this one. I am the biggest fan of David Stone Martin; from Time magazine, Broadway posters, jazz records, he’s one of my favourite illustrators. When I started working on our first Evans production in 2010, a photography contact, Cynthia Sesso, let me know that she had a print of Bill that she commissioned from David Stone Martin in the mid 1980s. I didn’t do anything about it at the time – I usually think photographs do a great job of capturing the moment for a cover – but for this project I looped back on the print and when I saw it I fell in love with it. After discussing with George Klabin (founder of Resonance Records) we decided to license it. Overall it is a classic design, and with that illustration we felt that we should go all the way in and emulate a 1940s Clef pressing with the whole layout.

LJN: To accompany the cover artwork you also have some great photos in the booklet, particularly from Francois Jacquenod. How did you get access to those?

ZF: It’s extraordinary – they had never been published before. Those shots came from Montreux, from the great photo agent Georges Braunschweig who tracked them down, he was fantastic. I’ve spent time looking at 100s of Bill Evans photographs, and there is a lot of documentation, but to find something that is of the proper vintage and unseen was a challenge.

LJN: The final parts of the package are the essays in the liner notes, particularly Brian Priestley’s contribution and the serendipitous circularity of him having been there live during the engagement at Ronnie’s. How did you get him involved?

ZF: I’ve known Brian for a number of years, and when I was putting this package together I really wanted there to be a voice from the UK represented on it. When he shared with me that he was there live at one of the concerts in 1968, it was just too perfect. He’s a legend and was a perfect fit. He did a wonderful job in the notes and he really had something great to say about this music.

A well as Brian’s essay, we also have a transcript of a wonderful conversation between Jack and Chick Corea talking about their memories of Bill, a conversation with Eddie Gomez about his recollections of Bill, and a conversation with the actor and comedian Chevy Chase. A lot of people don’t know this but Chevy is a musician in his own right and a very big jazz fan, and was also a friend of Bill’s for many years going back to the 1960s when Chevy would sometimes drive Bill back home after his gigs. 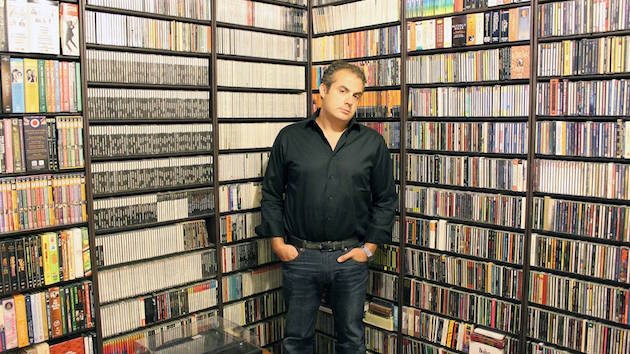 LJN: By describing the process of collecting the threads for this record you’ve touched on some of the different aspects and roles involved in an archival musical release. As a producer, how do you run these projects?

ZF: I’m so lucky, I love this music and I love the research involved. I’m making enquiries all the time, but I get approached by people a lot too. There are a lot of different parts: it’s finding out about a recording, listening and selecting what to include, negotiating with the different rights holders: those with the tape, the lead artist or his family, and tracking down the sidemen. Archival production is about putting it all together, and I do that with a fantastic team here. Zak Shelby-Szyszko is my right-hand man here at Resonance, and the glue that keeps this together. We have a designer John Sellards who is remarkable – he had to create a typeface for this project to match.

The music business these days is not for the faint of heart, and in the world’s big picture we are a small outfit in a small pond. But these box sets, these packages, it is what I would buy – I’m a consumer too – and something has got to hit me the right way to make me want to produce it. I love this work, and I’m so grateful to the folks out there who are buying these projects. Without them I wouldn’t be able to continue to do it. Bill Evans is an artist who continues to inspire all of us, myself included, and I’m very lucky that over the years I’ve worked for many of the companies that control the catalogs of albums Bill Evans recorded: Riverside, Verve, Fantasy, Warner. He really speaks to me, and is someone I’ve been listening to since I was a teenager. I love him, I think this is very exciting music, and I think the fans are going to love it. We finally found those tapes from Ronnie’s!