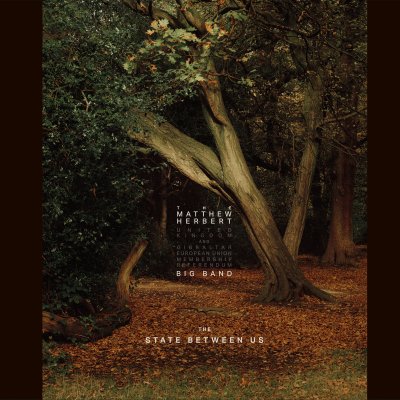 Composer, singer and writer Matthew Herbert has worked for two years on this immense outpouring of creativity inspired by Brexit. The result is an extended howl of anguish from all sides, sometimes beautiful, sometimes angry, sometimes ironic, exploring soundscapes, songs, texts, samples, choirs and even jazz.

Herbert says that this is not an anti-Brexit project – it draws on all manner of inputs from over 1000 people, and “attempts to work out what a new kind of relationship with our European neighbours may look like”. This fact has not prevented the likes of right-wing commentator Melanie Phillips and UKIP from pouring scorn on the project; Herbert’s response is to turn some of this abuse into lyrics.

Herbert tells us that he started work on this opus when Article 50, the formal notification that the UK intended to leave the European Union, was triggered. Moving around the country, Herbert has collected a vast array of sounds from around the country; a cross-channel swimmer, a factory being demolished, an empty harbour, a lone cyclist riding around Chequers and many many more. These form a basis for the extended recording, some two hours of tripping through landscapes of sound, song and symbolism.

Sometimes this symbolism is none too subtle. The opening A Devotion Upon Emergent Occasions features the (beautifully recorded) sound of woodland and meadow, culminating in the firing-up of a chainsaw and the felling of a tree. Fiesta starts with huge bowed double basses which are joined first by brass and then choirs in a dramatic and threatening pose. You’re Welcome Here offers a delectable vocal lead from Rahel Debebe-Dessalegne backed by an orchestra recorded at Abbey Road. Run It Down, inspired by comments from Patrick Minford about British manufacturing and agriculture, sports some fine flugelhorn playing from Enrico Rava amidst urban and rural sound rhythms.

There is so much in this sprawling collection that it’s worth dipping in almost anywhere. The focus moves from Grenfell Irish border to German reunification to the Second World War, with Glenn Miller’s Moonlight Serenade juxtaposed with a wartime aircraft and sounds from Yemen in 2018. Jazz enthusiasts will enjoy Byron Wallen’s trumpet solo on Where’s Home, the brass orchestral music developing into a deep groove. The combination of sounds through the whole work put me in mind of some of Keith Tippett’s mega-group work from the 1960s and ’70s – swirling mayhem giving way to hear-a-pin-drop stillness, textures and solos.

Overall this is much more than an album. It is a vast art project in the broadest sense, pulling together people, input and material from all over the world. Various iterations have been performed internationally leading to the big album launch on 29 March 2019, which was of course due to be Brexit day. As we now know, it wasn’t. Both Brexit and this project go on, with another performance planned for Gilles Peterson’s We Out Here festival on 17 August 2019. And after that, there will no doubt be a PhD looking at all the connections and imagery of Herbert’s overwhelming project.