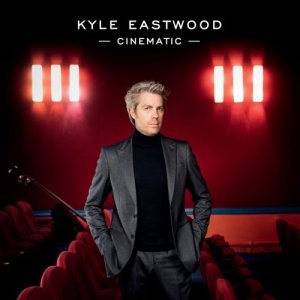 A jazz album of some of cinema’s classic soundtracks from Kyle Eastwood. There is a sort of divine inevitability that the bassist – famously, son of film director Clint Eastwood – would succumb to the temptation. Movies are after all, as Eastwood notes in the press release accompanying the album, “his second great passion” behind music. On the whole, it’s a good thing he chose to combine his passions, as there’s plenty to savour here; but the album isn’t, in totality, Oscar-winning. More nomination-worthy.

Eastwood – with a slew of his own band’s albums under his belt over the two decades – has form in the soundtrack department, having helmed the music behind many of his father’s movies recently, notably Tales from Iwo Jima and Gran Torino, the latter of which also features on this album, featuring a guest appearance form vocalist Hugh Coltman (the original song was nominated for a 2009 Golden Globe Award for Best Original Song).

There are some obvious Hollywood belters picked by Eastwood – I mean, you can’t really go wrong with Lalo Schifrin’s Bullitt theme or Bernard Herrmann’s Taxi Driver theme – but also some lesser known pieces to spice things up, as well as a few of his father’s movies (you can imagine Sunday lunch at Pop’s house would have been difficult if he hadn’t done so)

Bullitt would be a strong opener to any album, and the simple bass groove central to the famous score is effortlessly replayed by Eastwood who drops in a pretty spunky solo halfway through. However, it doesn’t top Schifrin’s original… and I suspect Eastwood would be gracious enough to agree. Top marks however to McCormack for his playing on this track, real ballsy stuff.

Taxi Driver captures some of the dirty ’70s grime of the original – especially Higginbottom’s snare work and the languid sax playing from (I presume) di Batista on the main theme. So evocative, you’ll find yourself standing in front of the mirror asking, “You looking at me?”

Les Moulins de mon couer, which features Betrault, is sung in French with breathy vocals – so, sexy as hell – but didn’t move this reviewer to fall in love, whereas The Eiger Sanction, with it’s pacy main theme and dramatic piano phrasings, was punchier from the speakers and, well, more ‘cinematic’.

Gran Torino, an original Eastwood composition with collaborators Michael Stevens and Jamie Cullum, is gritty and hard-edged – like his dad – and shows off well Eastwood’s experience and knowledge as a composer, though funnily enough I preferred the acoustic version without the singing styles of Hugh Coltman, who’s voice didn’t do much for me (but then – full confession – I’m not a huge fan of vocal jazz, so take that perspective with a pinch of salt).

Of the other tracks on this 11-track album, perhaps the most obviously dramatic was the band’s version of Skyfall, which is utterly different from Adele’s original but gives it a fair run for its money with Collins and Allen taking on the vocal parts superbly well, encouraging the listener to sing along, but also going way beyond whatever vocal gymnastics the singer could dream of. The cover of Henry Mancini’s Charade starts off with a great piano/drum into, and does a good job in bringing to mind Hepburn and Grant running through the streets of Paris.

I prefer Eastwood’s work on his electric bass, so this doesn’t rank in my top three Eastwood albums because there’s very little of said instrument (though what he does on Unforgiven is beautiful). Yet, it’s a solid and, at points, exciting collection of tracks which should encourage you to jump onto Netflix or Amazon and check out the originals, then compare and contrast.