It is with great sadness that we hear of the passing of bassist Len Skeat in hospital in the early hours of this morning 9 March 2021 at the age of 84. 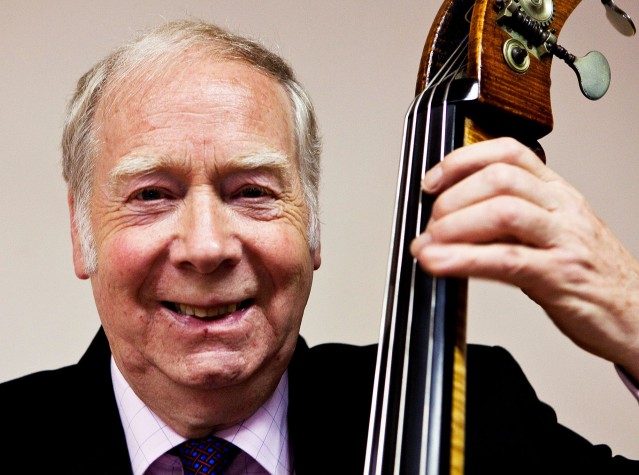 Biography from the Jazz Steps website (LINK) : “After playing bass with the Ted Heath band, Skeat began widening his musical foundation by working in numerous contexts. Among the artists with whom he has worked are singers Tom Jones and Peggy Lee, tenor saxophonists Al Cohn, Spike Robinson and Tommy Whittle, the Pizza Express All Stars, trumpeters Ruby Braff and Digby Fairweather and violinist Stephane Grappelli. A master technician, Skeat exemplifies the great tradition of mainstream bass-playing and the invariably high quality of his performances ranks with the best. His heavy workload throughout the 70s and 80s led to ill health but, after a major operation in 1990, he was back at work, effortlessly providing the immaculate timekeeping and rhythmic pulse for which he is known.”