The audience at Wigmore Hall sits in front of a huge cupola above the stage designed by Gerald Moira. In gold and aquamarine it portrays the Soul of Music gazing up at the Genius of Harmony, symbolising the striving of humanity after the elusiveness of musical beauty.

What an appropriate backdrop, then, for Tuesday night’s show by Swedish bassist and composer Lars Danielsson: his Liberetto III was other-wordly in its execution. The musical gods were truly smiling down on us and must have enjoyed the show as much as the rapt audience at a packed venue. 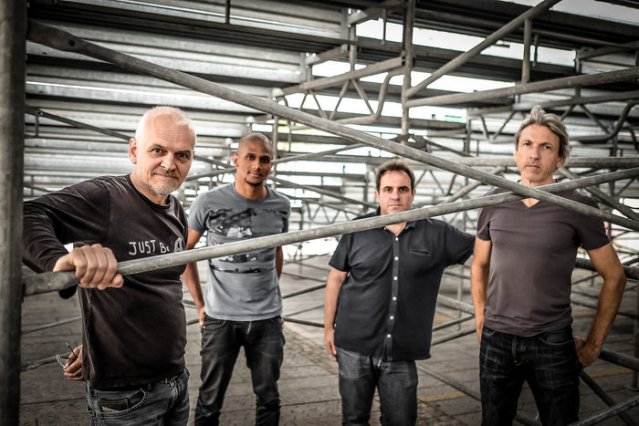 Rightly regarded as one of the Nordic region’s great contemporary bassists, Danielsson’s pull is such that for his Liberetto series he could attract the strongest group of musicians to join him. On drums was former E.S.T. sticksman now currently enjoying success with Rymden Magnus Öström, the UK’s John Parricelli on guitar, and on piano was Frenchman Grégory Privat.

My word did they put on a show over two sets. I’ve rarely seen an audience concentrate so intently and so passionately on a stage.

Danielsson, dressed like a recently retired architect, has played with a grab-bag of greats, from John Scofield and Jack DeJohnette to Terri Lynne Carrington and Mike Stern, on double and electric bass.

He is a master of melody and demonstrated some tremendous flourishes on openers Nikita’s Dream and Orange Market, both of which showcased this band’s subtle power. Initially Paricelli did seem lost in the overall sound mix; thankfully, not for long, as his soloing on the third track played was his first chance to shine.

The track Lviv, from Liberetto III, was the strongest of the night, and it allowed Grégory Privat to demonstrate his dextrous playing over an odd time signature and make full use of the slight eastern flavours built in to Danielsson’s composition.

Most of the tracks were heavily structured, with different movements and melodic twists and turns, so much so that the improvisation within was at times imperceptible – there was a lot of what you might call ensemble soloing, very distinct from the usual form of each player soloing in turn before playing the head again.

The Fifth Grade had a charming, tumbling melody of such elegant simplicity that one could weep, and Privat made the most of it with a marauding solo of great intensity, frequently standing up to pound the keys and almost force the tune into submission. Great stuff.

Up the Tunnel was another stand-out piece, not only for the inch-perfect, can’t-see-the-join synchronised playing of all four players but also as a showcase for the propulsive drumming of Magnus Öström.

Öström used only brushes all night, but you wouldn’t have guessed, such was the power and metronomic intensity of his playing on every track, going from lentando to prestissimo and calling at all intermediate stations.

Watching his muscles flex as his hands crossed, flicked, struck, and tickled the drums and cymbals, you could see the sheer effort employed, his eyes closed and only momentarily visible behind a curtain of long grey hair. Yet at the end, not a bead of sweat on him! This was playing of almost godlike immensity which us mere mortals in the audience could only marvel at.

Danielsson set a high standard with Liberettos I and II and this third suite of tunes is yet more evidence that the Nordic region continues to act as Europe’s jazz heart, pumping out quality and creativity that vivifies the whole scene.

True musical beauty is an elusive thing, but from time to time it surfaces. Last night was one of those times.